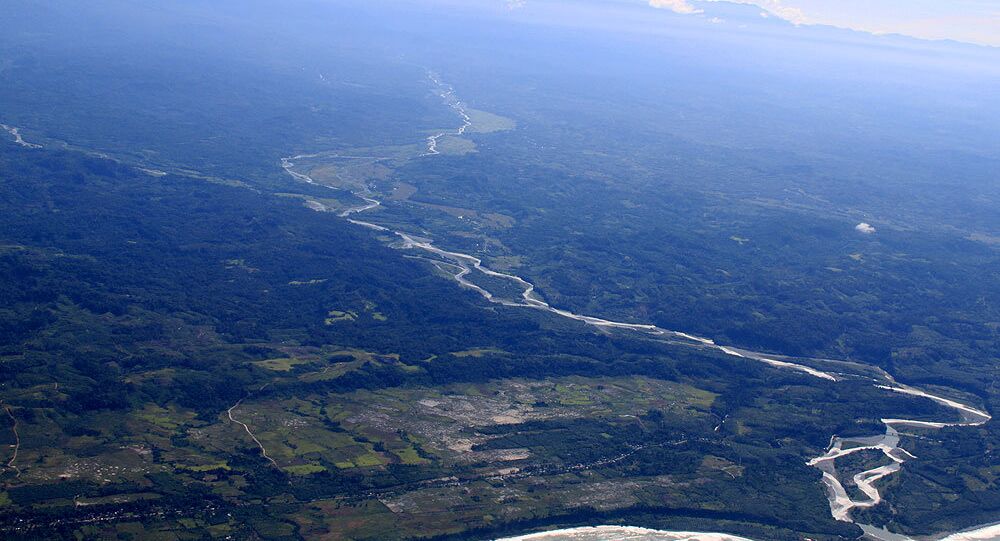 A powerful earthquake has rattled the Indonesian province of South Sumatra.

MOSCOW (Sputnik) – A 6.5-magnitude earthquake has occurred in South Sumatra, a province on the island of Sumatra in Indonesia, the Hong Kong Observatory (HKO) reports.

The US Geological Survey (USGS) said the earthquake’s preliminary magnitude was 6.5. According to USGS, the quake struck off the western coast of Sumatra, in the Kepulauan Mentawai region, at a depth of about 50 kilometers (31.5 miles).

YouTube/TS Zhang
Belching Fire, Spewing Flames: Stratovolcano Erupts in Indonesia
There have been no immediate reports of damages or casualties.

In May, a volcano eruption accompanied by hot clouds on the island of Sumatra killed three and severely injured four local villagers.