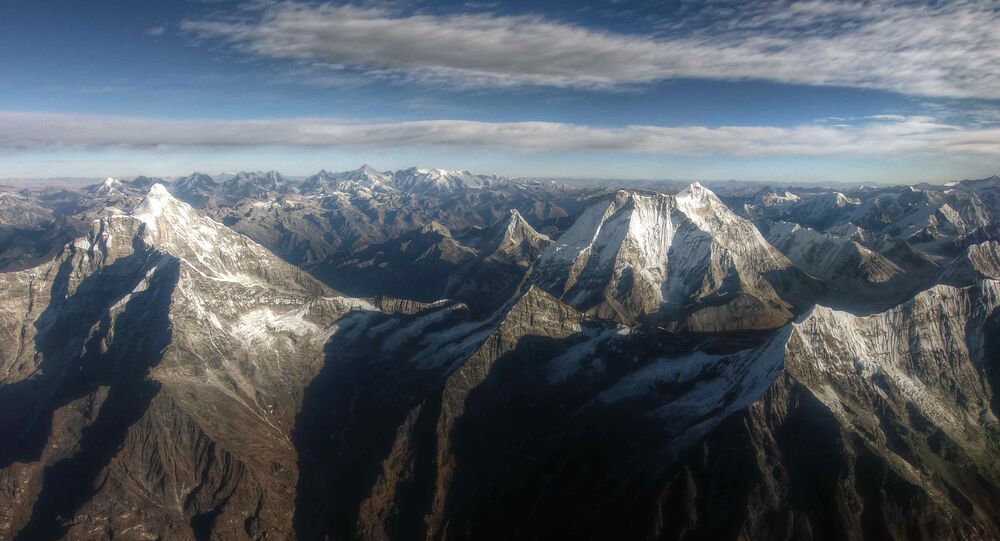 Contrary to reports appearing in Ukrainian media, Nepal government has denied that they have named any Himalayan peak after the recently-released Ukrainian combatant Nadiya Savchenko.

New Delhi (Sputnik) — On Wednesday the government of Nepal categorically denied that they had named one of the mountain peaks of the Himalayas in honor of Nadiya Savchenko.

The Nepalese Prime Minister’s Office told Sputnik that the government hadn't named any Himalayan peaks after Savchenko. They further added that they have not issued any certificate in this regard.

Nepal Tourism Board CEO Dipak Joshi also told a Sputnik reporter that "no certificate was issued regarding the naming of any of the mountain peaks of the Himalayas after the Ukrainian pilot Nadiya."

Nepal Tourism Board promotes tourism in Nepal, especially in the Himalayan mountain region.

© REUTERS / Gleb Garanich
Phony Phone Story: Normandy Leaders Didn't Arrange for Savchenko's Release
The Sputnik reporter also talked to the Ukrainian Embassies in Delhi and Nepal. Both were unaware of the supposed naming of one of the Himalayan mountain peak after Savchanko.

Some reports in the Ukrainian media have claimed that a peak of Mount Everest in Nepal had been named after Savchenko to honor her. Reports also claim that last year a peak was named "Heroes of Ukraine" to honor Ukrainians.

However, government sources added that have no clue of no such peak existing. Nadiya Savchanko had been accused of murdering two Russian journalists, but was freed by Russian President Putin on May 25th for humanitarian reasons.