Just as China’s home appliance maker Midea has snapped up Germany’s builder of factory robots, Kuka AG, for 5 billion dollars, a leading Chinese expert warned that industrial robots will hardly have any impact on the country’s labor market.

“Now that we have corporate demand for labor exceeding supply and this situation will hardly change until 2018, I don’t think that the introduction of robots at our factories will have a serious impact on our labor market,” Zhao Jiang, a senior expert at the Labor Relations Institute in Beijing, said.

Moreover, even though China is a major importer of factory robots, the country still lags behind  its neighbors in the  field of automation of production processes. 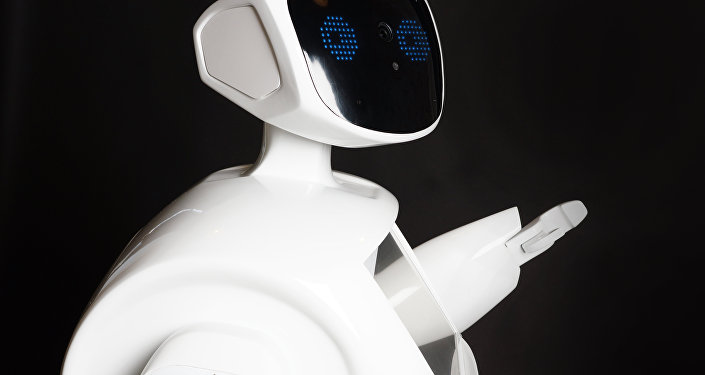 © Photo : Promobot
Apple Supplier Replaces 60,000 Employees With Robots
According to MIT Technology Review, South Korea accounts for 478 robots per 10,000 workers, the US has 164 compared to just 36 in China.

Experts predict that by 2025, nearly a quarter of existing jobs will be gone, making way for dedicated computer software programs, or factory robots.

This is already happening now with the company FoxConn which assembles iPhones for Apple and smartphones for Samsung, saying that they are replacing 60,000 workers with robots.

According to The South China Morning Post, citing regional administration officials, many other Chinese companies are  likely to follow FoxConn’s example. The newspaper explained this by the steady rise of minimum wages in China and elsewhere in the world.

In an interview with Fox Business, Ed Rensi, the former president and chief executive officer of McDonald’s USA, said that it was cheaper to buy a $35,000 robotic arm than hire a sloppy worker to pack French fries for $15 an hour.

All that said, there are still more jobs available in China than those willing to take them up.

“Even though machines are often more productive than humans, technology will never be able to completely replace human beings,” Alibaba founder Jack Ma said during a recent business forum.

“No one and nothing will ever be able to deprive man of his enterprising spirit because man will always be better than the machine,” he added.

Ex-McDonald’s Boss: Fight for $15 Workers Could Be Replaced by Robots