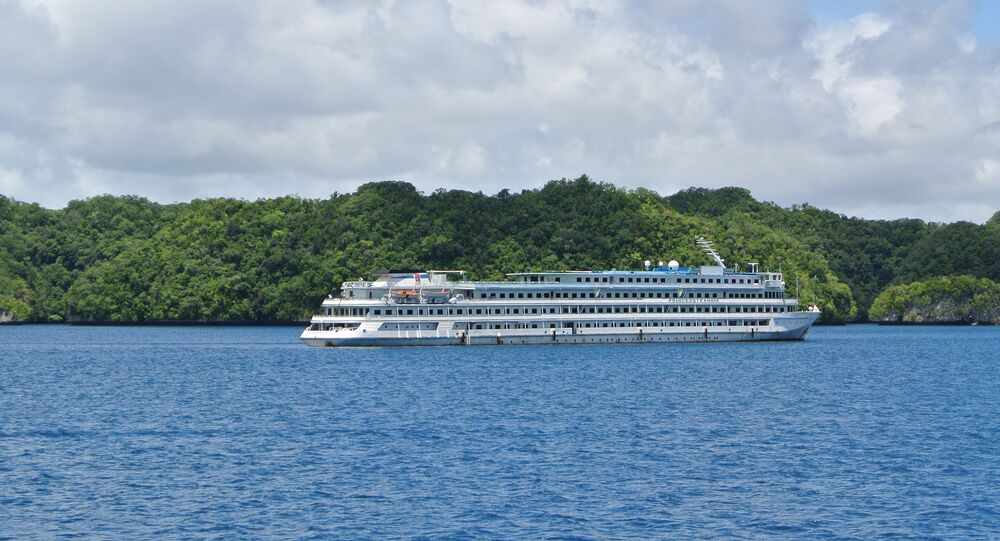 The large Dream of the South China Sea cruise ship will start to travel from the city of Sanya in China’s Hainan Island to the Paracel Islands (Xinsha). It will be the second and the largest cruise liner to sail to the Islands, website China Daily reported.

There has been one ship, the Star of Beibu Gulf, from Hainan Strait Shipping, running from Sanya to the islands.

© REUTERS / Ministry of Foreign Affairs/Handout via Reuters/File Photo
My Way or Highway: Beijing Issues Four ‘Bottom Lines’ on South China Sea Dispute
The liner started operating in March and has the capacity of carrying 300 guests on four to five trips every month. "It will allow more Chinese nationals to view the scenery in the South China Sea," Cai said.

He expressed confidence about the prospects of this tourism, saying that, “many people are interested in having a look at the mysterious islands,” website China Daily reported.

The journey will take 13 hours to arrive at the Paracel Islands and the company also plans to start more cruises connecting Sanya with Southeast Asian nations throughout the South China Sea.

Meanwhile, the construction of the Sanya Phoenix Island International Cruise Terminal is in its second phase. The project has an investment of 18 billion yuan ($2.75 billion) and will enable the port to receive 2 million tourists annually, making it one of the busiest cruise ports in Asia.