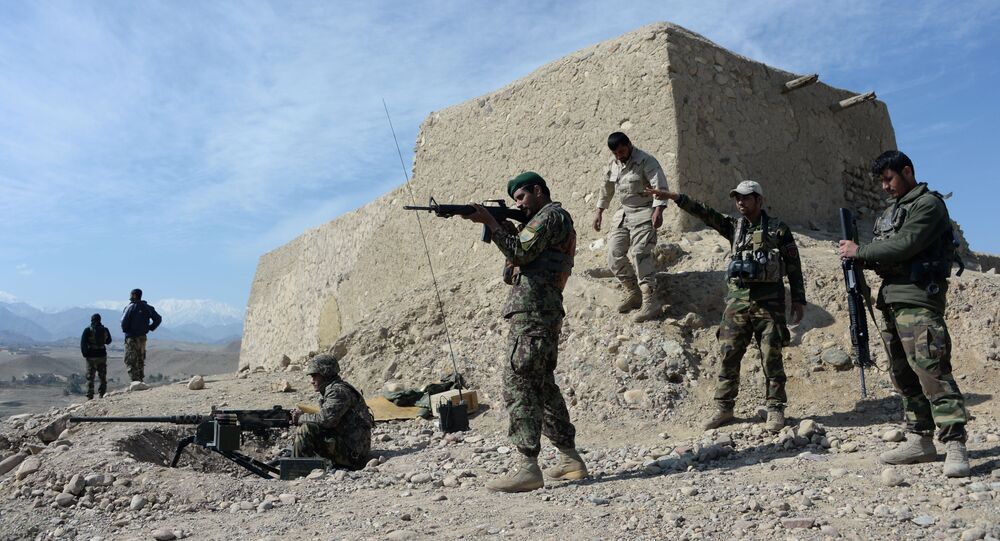 Afghanistan's National Directorate of Security (NDS) officers on Saturday thwarted a suicide attack in country's capital of Kabul, press service of the NDS said in a statement.

© CC0 / USAID Afghanistan
US Embassy in Kabul Warns of Possible Terrorist Attacks in Afghan Capital
MOSCOW (Sputnik) — According to the statement, the NDS, as well as the Afghan National Security Forces are ready to repel any similar threat in future.

"The National Directorate of Security killed a terrorist related to the Haqqani Network, who intended to conduct a suicide attack in Kabul," the statement published on directorate's Facebook said.

The terrorist planned to conduct an attack at the 17th police district of the Afghan capital, the statement added.

Afghanistan is experiencing political, social and security instability, as the Taliban movement and other radical extremist organizations such as the Haqqani Network continue to stage attacks against civilian and state targets.

The Haqqani Network is a radical Islamist group active both in Pakistan and Afghanistan, which is believed to be related to the Taliban movement. The group is named after its leaders Jalaluddin Haqqani and his son Sirajudddin Haqqani.