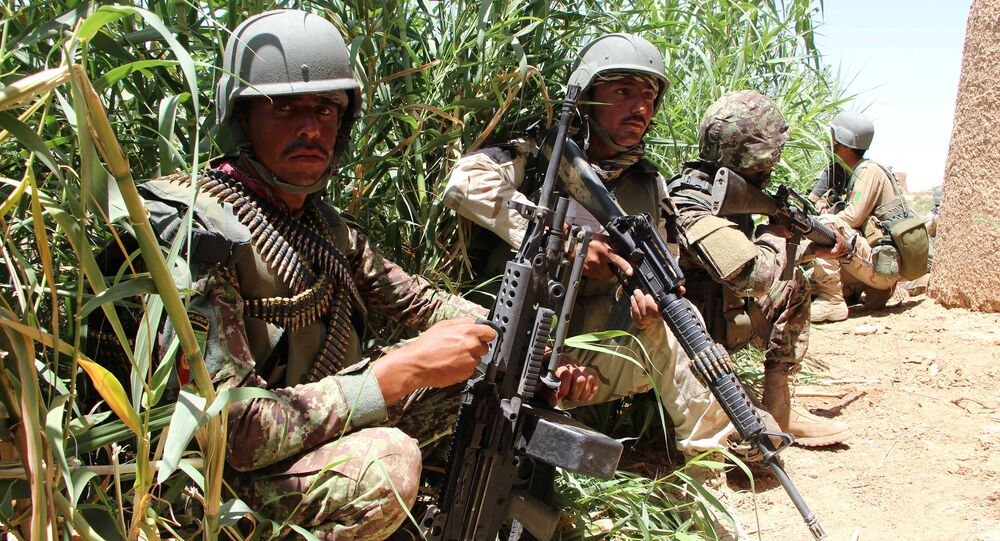 Afghanistan Security Forces Kill Over 70 Militants in Past 24 Hours

The Afghan National Security Forces killed more than 70 militants in a series of counterterrorism operations during the past 24 hours, the Afghan Defense Ministry said in a statement Saturday.

"In the last 24 hours, Afghan Security Forces… launched an offensive to suppress the insurgents and to protect people… During the operations, 71 people were killed, 39 injured and one terrorist was arrested," the statement said.

At least 52 militants died as a result of anti-terror raids in southern country's provinces of Kandahar and Oruzgan, according to the statement.

Afghanistan is in a state of political and social turmoil, fighting the continuing Taliban insurgency, while other extremist groups, such as Islamic State, outlawed in many countries including Russia and the United Kingdom, have also expanded their activities in the country and neighboring states.