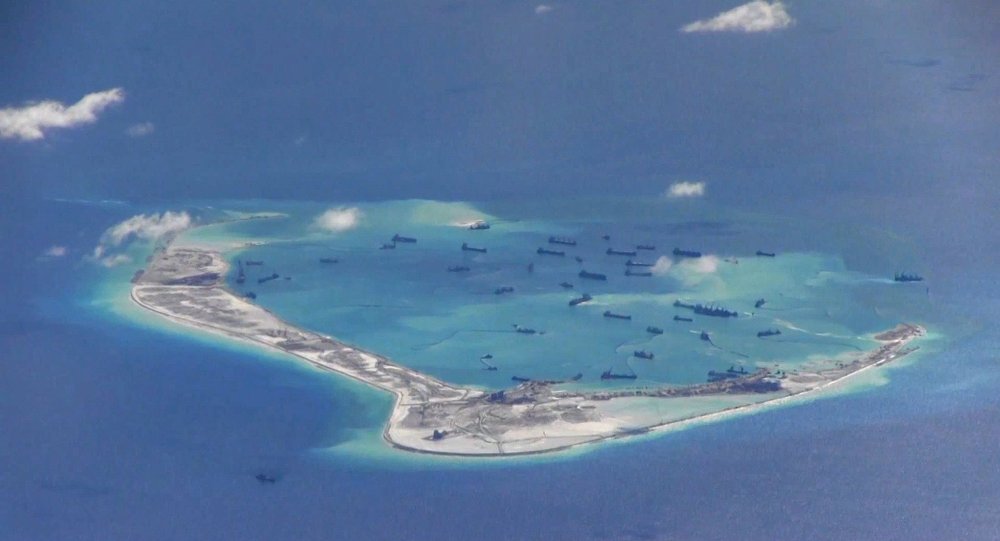 BEIJING (Sputnik) – Beijing hopes that the G7 leaders, convening for a summit in Japan, will abstain from double standards during their discussions, including on the issue of South China Sea disputes, Chinese Foreign Minister Wang Yi said Thursday.

© Photo : Twitter/@wol
'Anomaly, Affront, Obstacle': Why G7 Has Outlived Itself
Earlier in the day, the leaders of the G7 countries – Canada, France, Germany, Italy, Japan, the United Kingdom and the United States — and representatives of the European Union started the summit in Ise Shima in Japan’s Mie Prefecture.

"We believe that no matter what issues are discussed, the participants must be impartial and not use double standards. We do not want to see discussions or actions that could lead to the escalation of tensions in the region," Wang said at a press conference, commenting on the possibility of the South China Sea discussions at the summit.

The minister added that China intended to resolve the disputes over the South China Sea through direct dialogue with the other parties laying claims to its waters and based on the international law.

A number of disputed islands, including the Paracel Islands and the Spratly Islands, are located in the South China Sea. Beijing’s territorial claims to the Spratly Islands, known as Nansha Islands in China, which are believed to be rich in oil and gas reserves, run against those of the Philippines, Taiwan, Malaysia, Brunei and Vietnam. China has recently intensified construction works on the reefs it controls around the disputed Spratly Island archipelago.