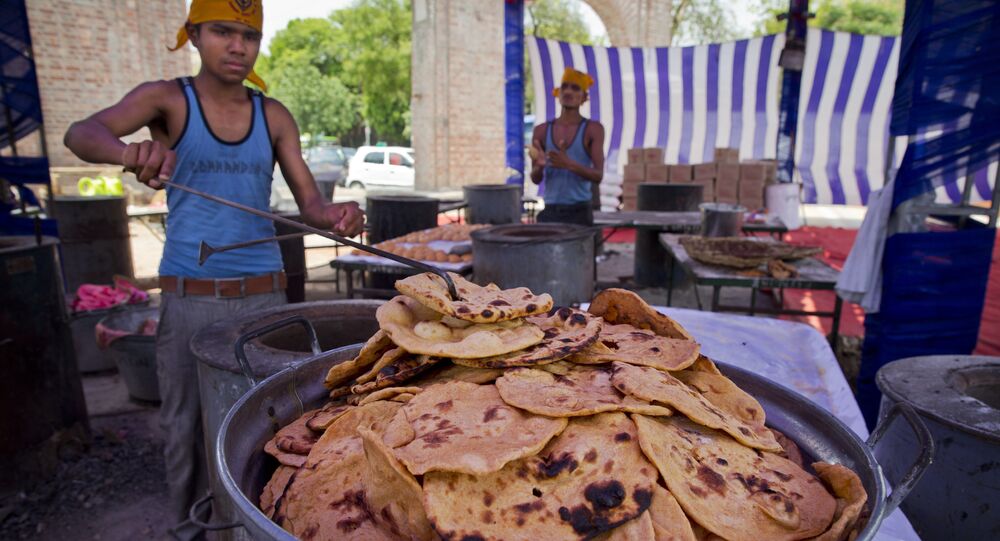 India’s health ministry has ordered a probe into the cancer-causing toxic chemicals found in bread sold across the country.

The crackdown comes after researchers found toxic substances were found in bread – which could potentially cause various disorders ranging from thyroid problems to cancer.

© Flickr / rumpleteaser
Apple a Day Keeps Tumor Away: Fruits Lower Teen’s Breast Cancer Risk
According to a report published by the non-profit organization Centre for Science and Environment, even the products sold by food giants such as Pizza Hut, Subway and McDonald’s are considered unsafe for consumption.

“Just two slices of bread every day is enough to put us at a higher risk of thyroid problems and cancer,” Chandra Bhushan, deputy director of the environmental think-tank CSE, said in the report. Several burgers and ready-to-eat buns were found to contain hazardous potassium bromate and potassium iodate. The study was conducted on 38 samples of different varieties of bread, which are used by Indians on an everyday basis. It has found 32 were found to contain dangerously high levels of potassium.

There needs to be a wholistic review of food safety in India, Potassium Bromate is banned in countries like Nigeria. #Bread #Cancer

​The country’s Health Minister JP Nadda has ordered an inquiry into the claims and said a thorough investigation will take place. He said: “I have told my officials to report to me on an urgent basis. There is no need to panic. Very soon we will come out with the report.”

All the food giants, whose products have found chemicals, have denied their products contain any toxic substances.

US Denies Pay to Nuclear Weapons Workers With Cancer