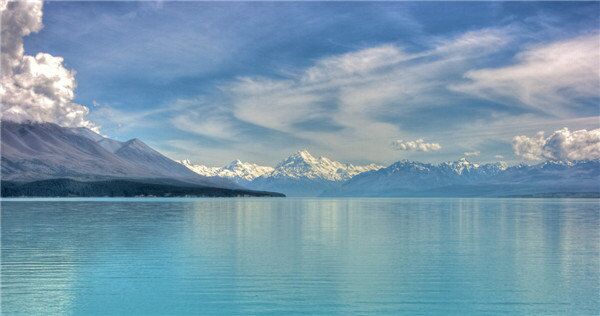 Chinese Tourists Flock in to See Marvels of New Zealand

China-New Zealand cultural exchange events to be held from May 24 with participation of senior officials from both countries are expected to boost people-to-people communications between the two countries.

A delegation led by Liu Qibao, head of the Communist Party of China Central Committee's Publicity Department, will promote bilateral cultural exchanges through a series of events including Chinese Film Week and the Beautiful China Photo exhibition.

Cultural exchanges have played an important role in bilateral ties in recent years as more Chinese are traveling to New Zealand to enjoy its landscape and culture.

On China's popular travel website mafengwo.cn many tourists say they have traveled to the places in New Zealand seen in blockbuster films and that their trips are unforgettable.

"In the little township of Matamata the landscape is just the same as what you see in The Lord of the Rings," a traveler identified as Lai Lai said on the website. "The whole township is colorful, just like in a fairy world."

The traveler said that even though the ticket price is a little steep, the NZ$75 is well worth it for any Hobbit fan.

"Visitors can visit the 44 unique houses of the Hobbit, including the Bag End where Frodo and Bilbo started their adventure," said a traveler with the user name Am Cecilia.

Sun Xiaopeng, a writer, said that whether travelers have watched The Lord of the Rings or not, they will fall in love with Matamata.

"We attended the program of the Hobbiton Movie Set & Farm Tours. Following our guide, we traveled through the Kaimai farm, 500 hectares of beautiful land. We saw flocks of sheep eat grass at their leisure."

The Hobbiton film set tour has become very popular with Chinese travelers, and some travel agencies are promoting such tours.

An article at expedia.ca says: "Join us and experience the real Middle-earth at the Hobbiton Film Set, where, in the heart of the Waikato region, you can step into the lush pastures of the Shire, as seen in The Lord of the Rings and The Hobbit trilogies."

The New Zealand Ministry of Business, Innovation and Employment said recently that China will be New Zealand's largest market for tourism spending by next year and will be the fastest-growing market in terms of visitor numbers.

Michael Bird, the ministry's general manager evidence, monitoring and governance, said: "We are already seeing a marked change in the travel patterns of Chinese visitors. They are visiting more regions in New Zealand and taking on a wider range of activities.

"In terms of absolute volume, Australia will remain New Zealand's largest market for arrivals over the forecast period, but growth in visitors from China outstrips all other markets," said the ministry's forecast report for 2016 to 2022.

The rising number of Chinese visitors helped drive a surge in New Zealand's accommodation sector in March, the government statistics agency said.
Total visitor arrivals reached a record 344,400, up 18 percent from March last year, with arrivals from China up 9,600 to 40,400, making it the second-largest source country after Australia, from which 133,300 visitors arrived, Statistics New Zealand said.

By An Baijie (China Daily)