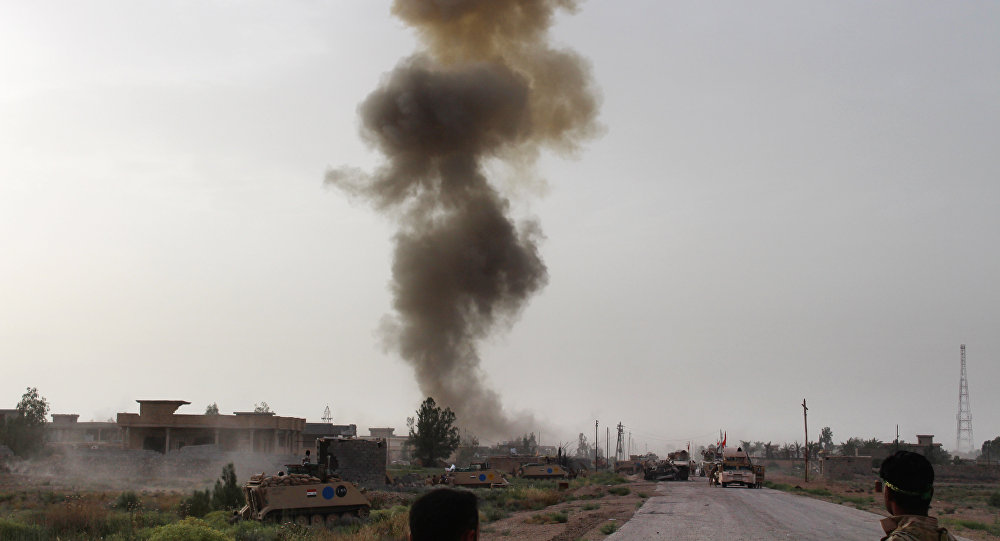 Iraq Counter-Terror Forces Say Not Yet Participating in Fallujah Offensive

Iraq's counter-terrorism forces are not yet participating in the ongoing operation against extremists in the central city of Fallujah but will join it later, the head of the forces told Sputnik on Monday.

© AP Photo / Militant website via AP, File
The Best is Yet to Come: Iraqi Army Plans to Liberate Fallujah From Daesh Within Days
BAGHDAD (Sputnik) – On Sunday, the Iraqi government deployed at least 20,000 troops to combat extremists in the city, advising residents to flee the city ahead of the operation.

"We remain prepared because our phase has not begun yet," Gen. Abdel Ghani Asadi said.

According to the official, the forces currently participating in the operation have launched offensives from four directions to surround the city.

"To surround it, but not to enter it. Other forces will deal with the siege," Ghani said, adding that the forces under his command would enter the city once the current stage of the operation had ended.

Fallujah, in the western Anbar province, has been under the control of the Islamic State militant group since 2014. Reports emerged recently that militants from the group, which is banned in many countries worldwide including Russia, began killing residents attempting to leave the city. IS is suspected of planning to use the civilian population as human shields in case of an army siege.

US Begins Airstrikes in Support of Iraqi Operation to Reclaim Fallujah