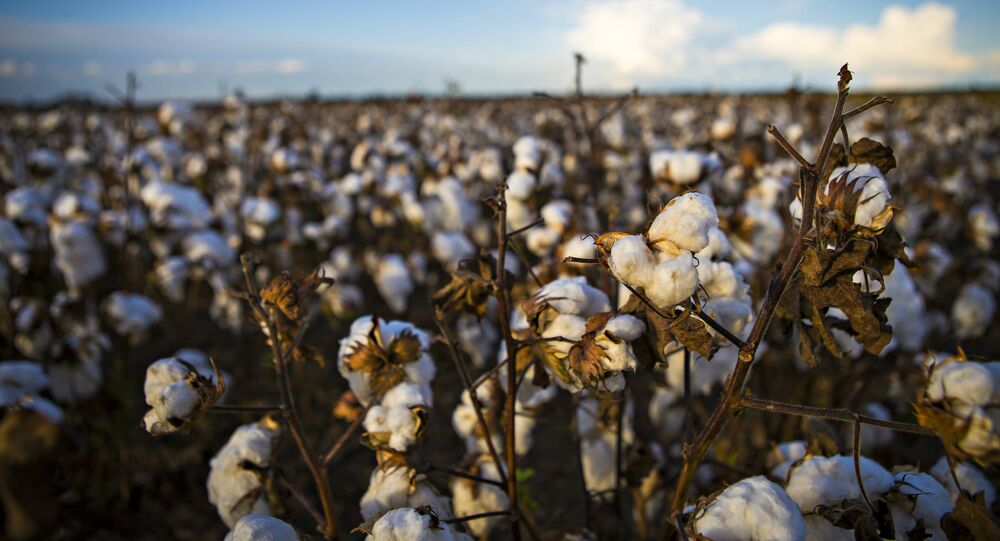 The Pakistani Senate has asked the government to stop the import of cotton lint from India to protect the interests of farmers.

There is a double whammy situation for cotton trade in India. On the one hand there has been a more than 10 percent drop in cotton exports and on the other, major importer Pakistan is likely to cut cotton imports from India.

thn this year wll be a difficult year for cotton growers, china has also reduced the import of Indian cotton. https://t.co/T1XO55tnrA

​The Pakistan Senate Committee on National Food Security and Research has asked the government to stop the import of cotton lint from India. The Committee believes that Pakistan's agricultural economy would be ruined if the imports of 0.5 million bales of cotton from India through the Wagah border are not stopped, as there is a sufficient stock of cotton lint available with the Pakistan Trading Corporation.

© Sputnik / Alexander Kovalev
Blame Game: Pakistan Accuses India of Lobbying to Block F-16 Sale
There is a drop in cotton exports due to the rise in domestic prices which have made the cotton noncompetitive in the global market. India exported 6.7 million bales last year but this year exports are only around 6 million bales.

In recent times Pakistan has replaced Bangladesh and emerged as the largest buyer of Indian cotton. Much of the Indian cotton has been exported to Pakistan, which stood at 2 million bales so far this year.

The changing global equations has also adversely affected India's cotton exports. China, which constituted 24 percent of India's overall cotton exports, is also on the down slide as its share is likely to decline.