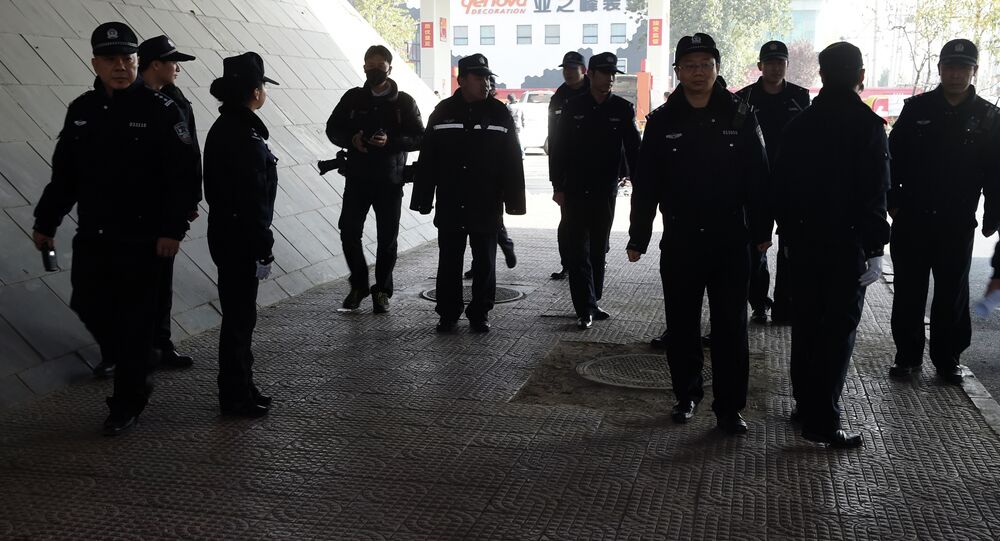 Chinese police have introduced a new mobile app that will witnesses to report cases of missing or trafficked children and the place where they were last seen.

An online platform designed for distributing information on missing children has been launched in collaboration with the Ministry of Public Security and China's tech giant Alibaba Group Holding.

© Flickr / leighklotz
Alibaba May Create Platform for Russian Companies to Enter Market
As soon as a child is reported missing, anti-human trafficking police will release information immediately on the platform. This information will then be distributed via mobile applications such as navigation mapping services and the platform's official account on Sina Weibo, Chinese analogue of Twitter. The public will have access to the information directly in order to be able to help police and other authorities find missing children as soon as possible.

An official statement from the criminal investigation bureau of the Ministry of Public Security says more than 5,000 anti-trafficking police officers will provide updates to the app as soon as they get reports of missing children. The scope of these push notifications will be expanded over time.

"Once a child goes missing and the local public security department releases the information to the public, the information will reach every application user within a radius of hundreds of kilometers in just a few seconds. Those who have received the information will then be alerted to be on the look-out for abnormal situations around them, and call the police if they see the suspects," said Chen Shiqu, the Deputy Inspector of Ministry of Public Security.

Liu Zhenfei, the Chief Risk Officer of Alibaba, said "We are going to work with the criminal investigation department under the Ministry of Public Security to make their work more accurate and efficient. Imagine one day if a child went missing — the information would be released immediately at nearby bus stations, railway stations and airports. With the help of surveillance cameras, we would be able to identify the missing child. This is where technical support is needed."