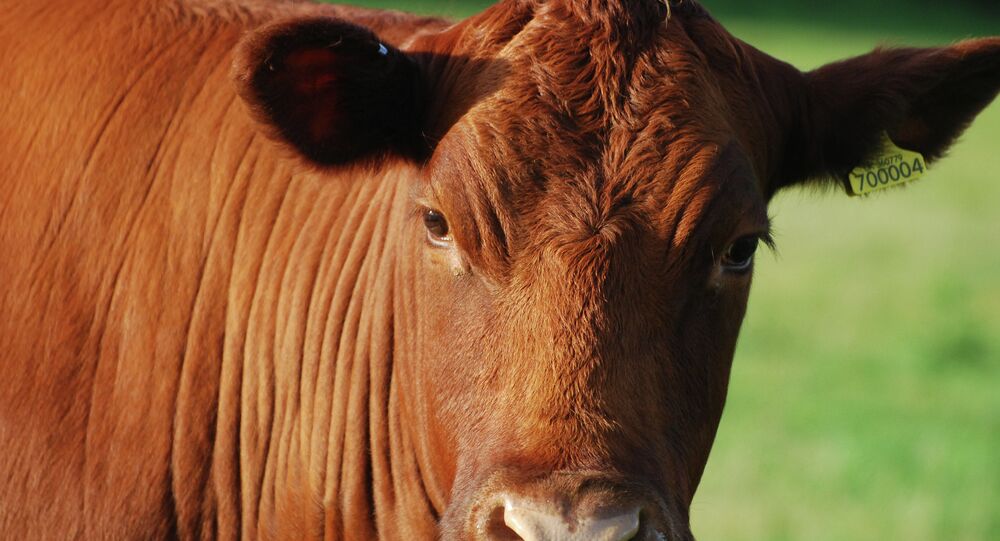 Some Indian states have devised a new way of generating revenue — by imposing a 'cow tax' on a number of goods and services. In the northern state of Punjab, you will have to pay cow cess of Rs 10 (USD 0.15) for a bottle of foreign liquor and Rs 5 (USD 0.075) per bottle for country made liquor and beer.

© Flickr / Dave Wild
China Beefing Up Cloning as Cow-Making Factory Gets the All-Clear
Likewise, if you buy a new car or a motorcycle, getting it registered will require you to pay Rs 1000 (USD 15) and Rs 500 (USD 7.5) respectively as cow cess. The state government passed legislation on cow cess in 2014 but left it to the local bodies to impose the same. However, citing the poor condition of Goushalas (protective shelter for cows) and the lack of funds to maintain them, the Punjab government has decided to make it mandatory for all 22 districts from June this year. Punjab is facing its biggest revenue crisis with debt amounting to more than USD 20 billion.

Meanwhile, down south in Andhra Pradesh, the commercial tax collection department has sent a notice to an Ayurveda pharmaceutical company demanding that it pay a value added tax of 5% for the cow urine it has been using as a component of some of its products. The department says that cow urine does not come under the exempted category of Ayurveda goods and therefore attracts taxation.

A large section of Indians believe that cow urine has medicinal qualities. If taxation on cow products becomes a reality, it will become a major source of revenue for the government. Out of the 7,835 licensed Ayurveda drug manufacturing units in India, around 500 manufacture medicinal formulations made from Panchgavya or bovine products including urine. Shripad Yasso Naik, Minister for Ayurveda, recently briefed the Parliament on the utility of cow urine — "India's Scientific Research Council have found novel use for cow urine distillate as an activity enhancer and availability facilitator for bioactive molecules including anti-infective and anti-cancer agents especially for breast cancer. A US patent on the research finding has also been obtained."

Meanwhile, organizations maintaining goushalas despise the concept of a collecting tax in the name of the holy cow.

President of Telengana Guashala Federation Mahesh Agarwal told Sputnik, "We strongly condemned these types of activities. There is no scope to impose any type of tax on cow dung and cow urine. It is a natural product. If the government imposes a tax on cow urine, there can be nothing worse than this. I am not happy at all. We are going to agitate against this. There are several other ways to collect tax…If the government wants to generate revenue, they can impose higher taxes on milk and milk products manufactured by multinational companies."

India has had a tradition of maintaining a sanctuary for cows, known as 'Goushala', for treating cows well due to their religious significance in Hinduism and consequent cultural sensitivity towards their welfare. Such Goushalas are maintained by cooperatives and non-governmental organizations. Different Indian states have individual laws on cow protection.