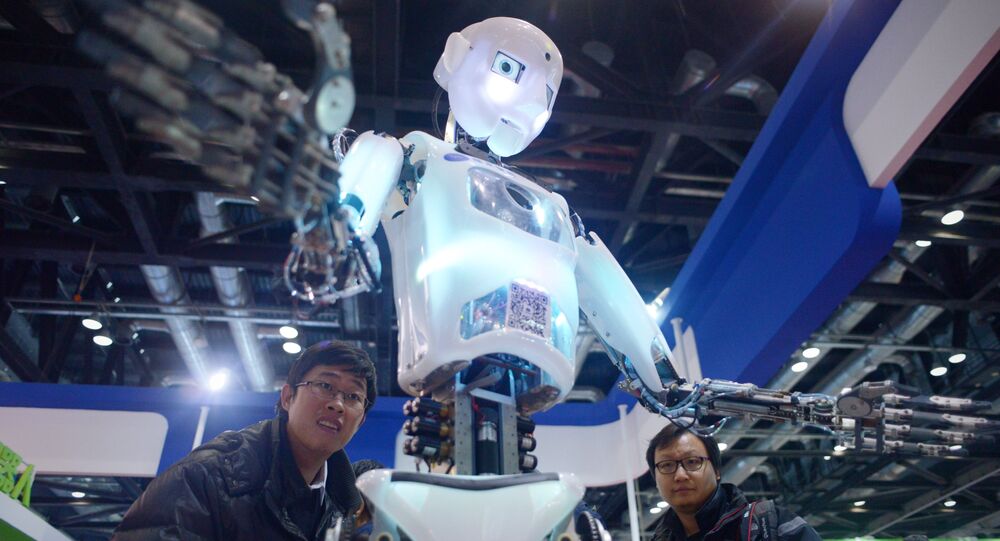 While Chinese enterprises have a reputation for being world-leaders in copying Western goods, the country's level of innovation is now second only to the US, Consortium News reported.

© RIA Novosti . Sergey Mamontov
Over 280 Chinese Businesses to Participate in Russian-Chinese Expo
China's industrial development is being matched by an increase in the country's scientific research and innovation, John V. Walsh wrote in Consortium News.

Walsh used a recent article published in December in the journal Nature as the starting point for his analysis, entitled "The Rapid Rise of a Research Nation: China's economic boom is mirrored by its similarly meteoric rise in high quality science."

"The 38 pages, which follow that headline in a special Supplement to the journal Nature, tell us that China is now second in the world in high quality science publications and growing fast. This certainly contradicts the Western, dare I say racist, stereotype of the hardworking, but unimaginative, Asian drudge, dutifully churning out mounds of low-quality work," Walsh wrote.

The author used statistics from 68 of the world's highest quality scientific journals to assess the amount of China's scientific research.

Each contributor to the approximately 60,000 journal articles produced annually is given a number, called the Fractional Index, which is weighted according to discipline to give the Weighted Fractional Index (WFC) for each scientist.

Tallying up the number of each country's contributors to the journals, Walsh found that in 2015 China was second only to the US in its WFC score.

The supplement to the journal reported that from 2012 to 2014, the US score decreased, but China's increased.

"What sets China apart is its WFC. While China’s contribution (to the global total) grew 37% from 2012 through 2014, the United States saw a 4% drop over the same period," the Nature Supplement wrote.

© AFP 2021 / MONEY SHARMA
China's Growing Influence Means India Losing Economic Ties With Neighbors
Walsh concluded by recommending that the US government bear these developments in mind when conducting foreign policy with China, particularly the "bellicose pivot to the Western Pacific."

"The reality reviewed here suggests that confrontation with China belongs to the colonial and neocolonial past, which for China ended decisively in 1949. The US establishment must recognize that reality or court disaster for America and the world," he wrote.