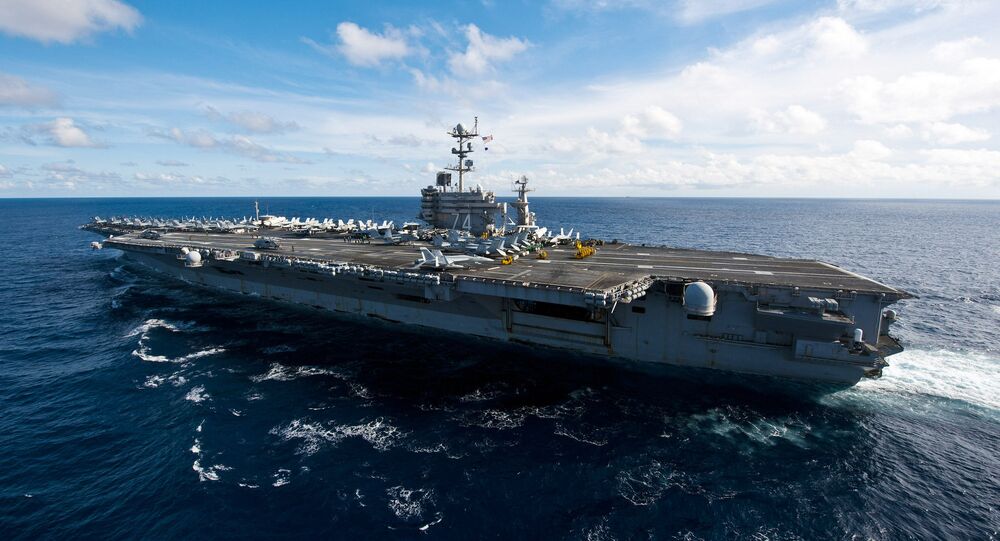 China’s refusal to grant the aircraft carrier USS John C. Stennis a stop over in Hong Kong was “done to punish the US” for being a “provocative vanguard” in the region, according to the US-based website The Epoch Times, which focuses on China news and reviews the Chinese media.

Chinese officials have not provided any explanation for their refusal to allow the USS John C. Stennis to berth in Hong Kong on April 28.

The Epoch Times however reviewed the Chinese media and said that it was a “punishment” to the US for being a provocative vanguard’ in the region.

It cites as a source an article of the Chinese official news agency Xinhua headlined “The US Military Shouldn’t Be Surprised That Stennis’ Hong Kong Visit Was Rejected.”

The agency apparently called on the United States to “reflect on what it had done wrong that would justify refusing to welcome a guest with courtesy.”

“Why don’t we first look at what Stennis has done recently,” Xinhua suggested, listing a series of joint military exercises with South Korea and Philippines.

“It was a small punishment to the US military for being a provocative ‘vanguard,'” the article said, citing unidentified military sources.

© Flickr / DVIDSHUB
China Claims 'Series of Tricks' by US Led to Port Snub
Another Chinese news source, Global Times, an English-language newspaper run by the People's Daily, also acknowledged that over the past few years, the Pentagon has “played a series of tricks against China, creating quite an unpleasant atmosphere between the two sides.”

The website notes that the US Pacific Fleet has now become the biggest “source of a pessimistic mentality for both countries.”

“While they have become accustomed to controversies such as human rights, trade frictions and diplomatic divergences on hot spots, the US abruptly started its menacing military deployment against China's offshore interests, showcasing its military muscle by sending naval vessels and warplanes to China,” it says.

That seems to be changing the nature of the Sino-US frictions. Due to the severe strategic suspicions, military problems have unprecedentedly emerged between the two, it added.

“The US military should keep its distance from the area of Beijing's core interests,” it suggests.

“Neither US voyages nor the Philippines-raised South China Sea arbitration works for Beijing. This is not because China is growing tougher, but because the White House has touched China's bottom line. Washington should now reflect on this,” it advices.

Another US-based news website, the Navy Times has also commented on the denial.

“The USS John C. Stennis’ port call on Hong Kong was denied exactly because of US Navy's more frequent and active patrols in the region that are challenging Beijing's position,” it quotes Zhiqun Zhu, a political scientist who heads The China Institute at Bucknell University in Pennsylvania as saying.

“This is a political statement. I think Beijing wants to see a decrease or more low-profile US military activities in the region,” he added.

The political analyst also acknowledged that the US military involvement in the South China Sea, especially the US Navy's freedom of navigation operations, have complicated the dispute and emboldened other claimants, especially the Philippines, to stand up against China.

After Hong Kong returned to China in 1997, US navy ships continued their frequent visits to the special administrative region, but each must be approved by Beijing.

© Flickr / U.S. Pacific Fleet
US ‘Playing’ in China Maritime Standoff, Not Backing Free Navigation
Most have been given permission over the years, and there were only a few refusals, which happened when there was a chill in Sino-US ties.

Normally, The Global times says, China does not articulate its reasons, and this has been considered as a diplomatic gesture of expressing its dissatisfaction as well as taking the bilateral divergences under control.

The website meanwhile has repeatedly called on the US to "reflect on its own militarization in the South China Sea."