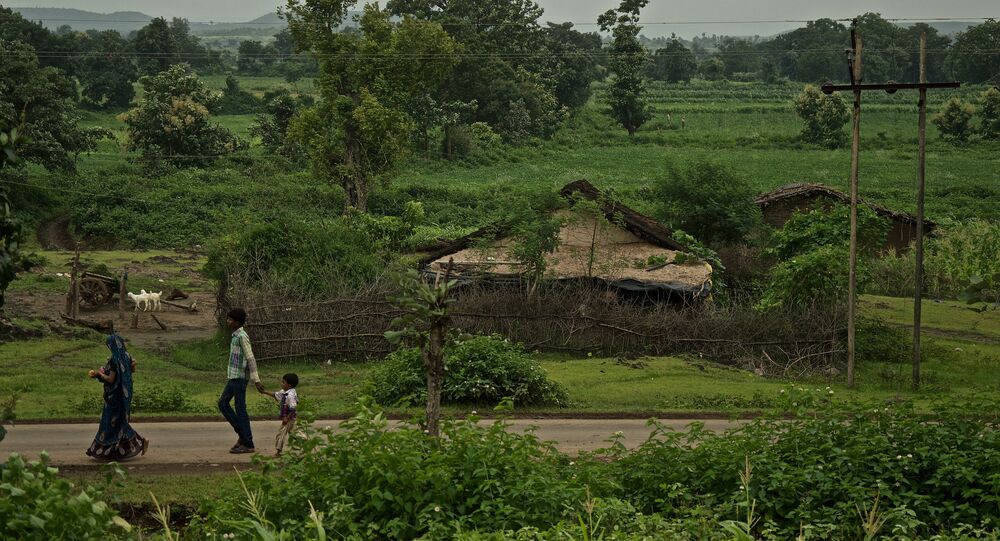 The long chain of mysterious suicides in a tiny Indian village made its residents believe that they are haunted by bloodthirsty “demons,” but researchers, who carried out their own investigation, reached more shocking conclusions.

The village of Badi in the Khargone district, with a population of only 2,500, has seen an upsurge in suicide rates with 80 residents deliberately killing themselves this year, Press TV reported.

© CC BY 2.0 / Eric Huang / P1070052.jpg
Mass Exorcism Needed: Mexico Swept by Wave of Satanic Killings
Rajendra Sisodiya, the village chief, said that his brother and mother were among those who took their own lives. His predecessor on the post of the village head was his cousin Jeevan, who also deliberately ended his life by hanging himself in front of his house.

Ashok Verma, a local official, was assigned to head a special committee convened to try to find the root of the problem.

“This is a very grave situation and we need to act fast. The villagers lack confidence and motivation and it's very important to counsel them,” he said.

Sisodiya said that each of 320 families living in the settlement has lost at least one relative due to suicide.  He added that the soaring levels of deaths are conditioned by “demonic presence” in Badi.

© Flickr / Ed
Report: Politicians in Uganda Sacrifice Children to Win Elections
However, scientists determined that the deaths could be linked to pesticides that are widely used on cotton crops in the vicinity of the village. The chemicals are likely to cause depression and even schizophrenia, psychiatrist Srikanth Reddy said, noting that China experienced a spike in suicides among farmers using such pesticides a couple of years ago.

“Depression isn't something people here are easily able to relate to or identify with. When they are unable to find any reason, they associate it with locally explainable phenomena like demonic presence,” RT quoted Reddy as saying in a Saturday report.

Khargone district is listed as one of 250 most impoverished and superstitious regions in India.

If You Can’t Be Good, Be Careful: Most Dangerous Public Celebrations