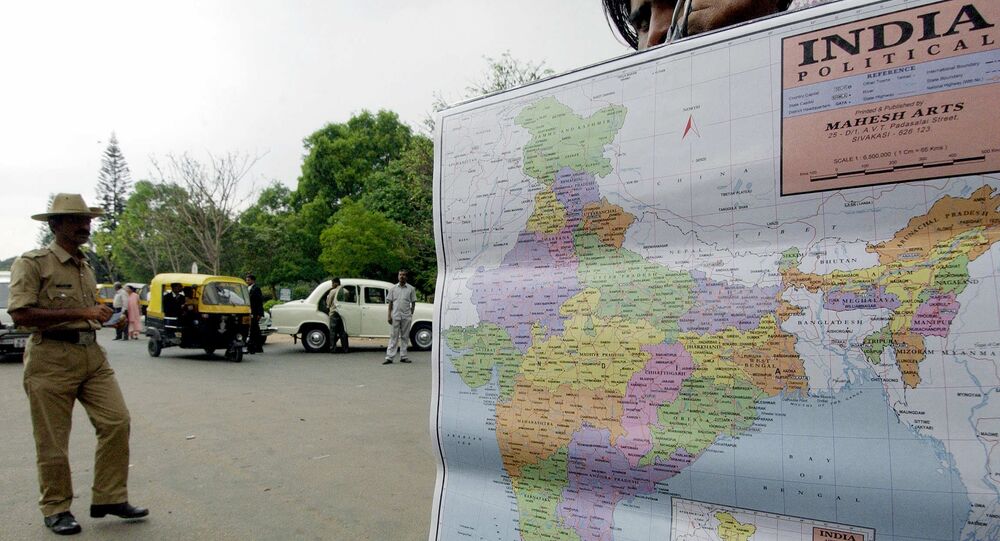 Draw the Line: Indian Government to Fine and Jail Owners of Incorrect Maps

Seeking to ensure that their territorial assertions are recognized by the wider world, the Indian government has set forth plans to penalize mapping services if they inncorectly depict the country's borders.

The new draft bill, Geopolitical Information Regulation Bill 2016, has been set to be tabled before parliament in the coming days. If pass it would make illegal the dissemination of incorrect information about the country's borders on either social media or websites themselves.

Those found in violation of the law will face a maximum punishment of of seven years in jail and 1 billion Indian Rupees ($15 million).

© AFP 2020 / SABAH ARAR
Flat Refusal: India Dismisses US Offer to Purchase F-16 Jets
Previously, Google and other mapping services had been censured by Indian groups for showing Indian-administered Kashmir as part of Pakistan and some parts of the state of Arunachal Pradesh as that of China.

According to the draft bill, the mapping service should also seek the permission of the government before publishing or distributing any kind of geospatial data pertaining to Indian territories. Further stating that these companies should seek licenses from the government to show their maps.

The bill's will not only affect mapping services, but also other sectors like taxi, online hotel accommodations, and real-estate. Potentially, any service that uses maps could fall under the purview of the proposed legislation.