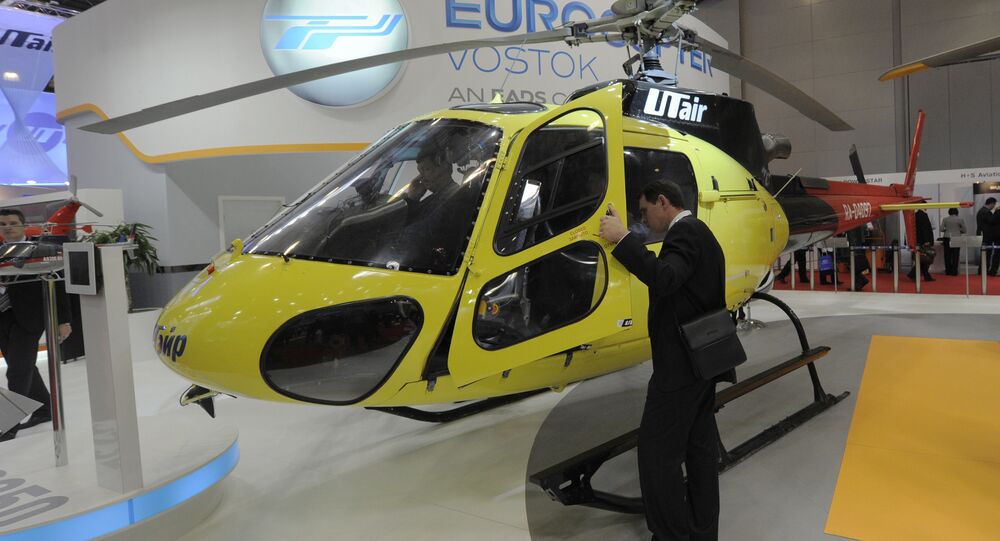 Rescuers have found debris of the missing Malaysian helicopter that was carrying prominent local politicians on board on the island of Borneo in Southeast Asia’s Malay Archipelago, the Chinese Xinhua news agency reported Friday.

MOSCOW (Sputnik) — Contact with the Eurocopter AS350 was lost early on Thursday near the Malaysian state of Sarawak on the Borneo's northwest coast 20 minutes after departure.

© REUTERS / NTB Scanpix/Bergens Tidende
Norwegian Helicopter Tragedy: Rescuers Recover Black Boxes at Crash Site
A part of the aircraft's mechanism, a seat, a piece of a door and a piece of the main rotor blade were found near a river bank in Sarawak, Xinhua said, citing Malaysian Prime Minister Najib Razak.

Razak confirmed that Noriah Kasnon, the Malaysian deputy minister of plantation industries and commodities, as well as a parliament member, were among the aircraft's passengers. A total of six people were on board the helicopter.

According to the media, bodies of crew and passengers have not been found yet.

Helicopter Crash in US State of Alabama Leaves 4 People Dead