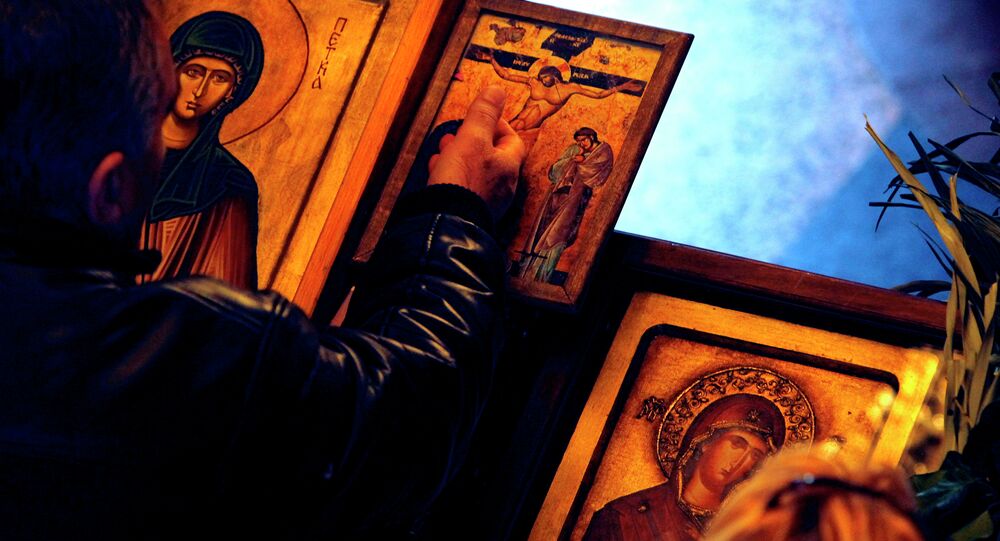 © REUTERS / David Gray/Files
Australian Protesters Demand 'Better Treatment' of Asylum Seekers
According to the ABC broadcaster, the church went up in flames late Sunday. A local retirement home was evacuated due to the blaze, with two residents requiring hospitalization over chest pains.

"They [the firefighters] were surprised by the intensity of the fire and how quickly the building collapsed, and it almost caught people by surprise. We're very lucky only three firefighters were injured," Mullins said, as quoted by the media outlet.

According to Mullins, several firefighters were hospitalized after being hit by bricks as the building was collapsing.

It is not yet clear what started the fire.