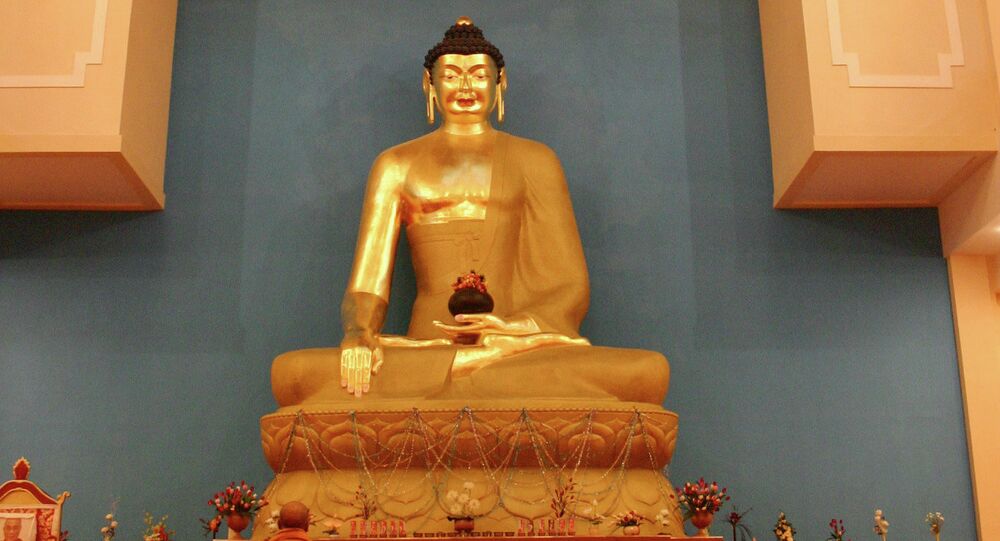 Buddha's Back: US Returns Stolen Ancient Buddhist Sculpture to Pakistan

The US has returned an ancient Buddhist stone sculpture to Pakistan stolen from an archeological site in 1982.

Mr. Sheikh said it was "an important element of the cultural history of Pakistan," and would likely be kept in New York for the short term and possibly put on display.

The second-century stone-carved artifact depicts ancient religious symbols and "Buddhapada" — footprints of the Buddha, symbolic reminders that Buddha once walked the earth. It was taken from an archaeological site in Pakistan's Swat region and eventually smuggled into the US. Seventy-year-old Japanese antiques dealer Tatsuzo Kaku brought the sculpture to the US from Tokyo and tried to sell it during a popular arts event, Asia Week New York, but the sale was intercepted by New York authorities.

Kaku pleaded guilty to possessing stolen property in April, paid a $5,000 fine and was sentence to time-served and left the country voluntarily. He said in court that, while he stood to benefit financially, he also was motivated by a desire to protect such works for fear they would fall into disrepair or be destroyed if they remained in Pakistan.