© AFP 2019 / Sam PANTHAKY
Hot Button Issue: Indian Cell Phones to Feature Panic Key
Keeping rare and exotic breeds of dog will no longer be easy for Indian pet lovers from now on as the Government has banned the import of dogs for breeding as well as other commercial purposes.

Animal rights activists and environmentalists have welcomed the Government of India's decision, according to which only pet dogs with a valid pet book and other documents transferred in the name of the importer will be allowed. Defense and police forces can import dogs to be deployed for internal security. Importing dogs for research and development will be allowed only with the recommendation of the Committee for the Purpose of Supervision of Experiments on Animals.

The Law Commission, in its 2015 report stated, "many animals do not survive the trauma of being transported in small cages without adequate water or food, and estimates suggest that, overall, 40% of animals die in captivity or transportation."

According to the People for Ethical Treatment for Animals (PETA), India has a multi-billion dollar unregulated pet trade, growing at a rate of about 20% per year with the Indian pet care market alone estimated to reach  US $120 million. 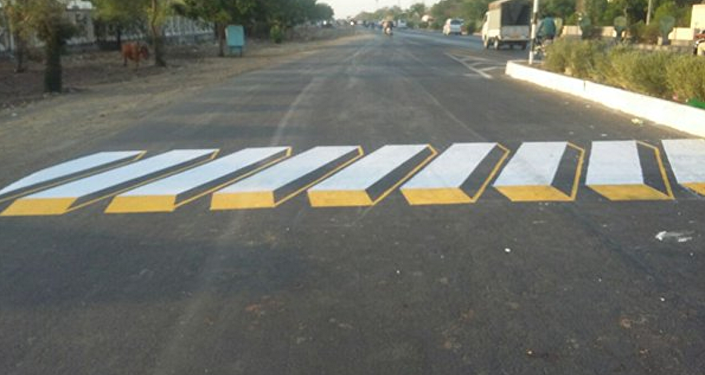 © Photo : Twitter/ Nitin Gadkari
Virtual Safety: India Plans 3D Speed Breakers On Highways And Busy Roads
Many non-governmental organizations had been demanding a ban on dog imports in a bid to contain the overpopulation of stray dogs, resulting in their inhumane treatment. They were also concerned about the suffering of foreign breed dogs due to the change in climatic conditions. The Humane Society International India claimed that their shelters were flooded with foreign breed dogs, abandoned by their owners due to poor understanding of the breed's requirement. Dogs are the most favored pets in Indian households, but the country's tropical climate is not suitable for breeds like the St Bernard, Siberian Husky and Alaskan Malamute, which were being frequently imported by breeders.

The organizations are now demanding that the government enact a law regulating the pet shops and dog and aquarium fish breeding practices. There are about 300,000 pet shops in India.

France, Germany, US Can Join Make in India Program in 5-10 Years - Ex-Envoy