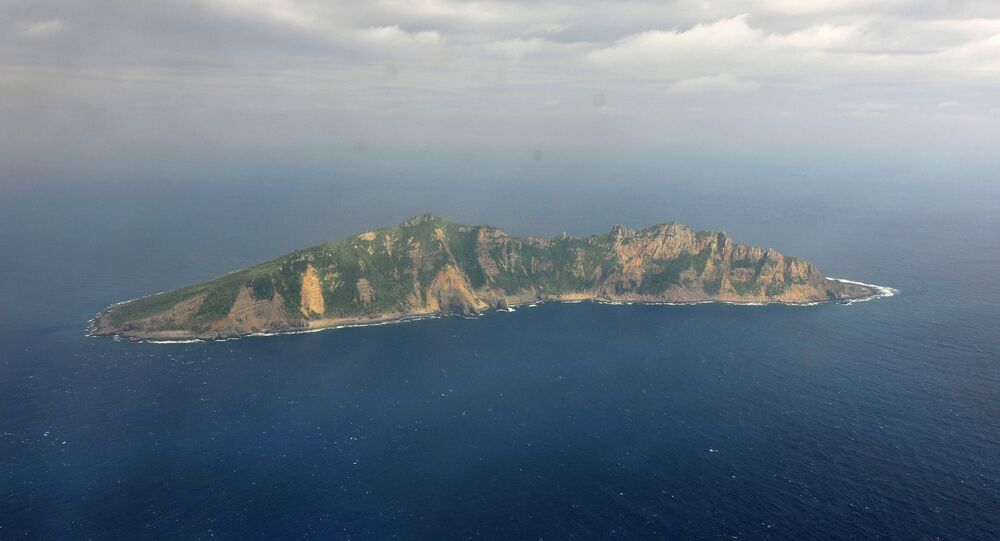 According to Japan Air-Self Defense Force (JASDF), fighter jets were dispatched 571 times in 2015 to stop Chinese military aircraft approaching or intruding into Japanese airspace in the East China Sea (Sea of Japan), according to the Japan’s Defense Ministry.

© REUTERS / Toru Hanai
Japanese Warships Arrive in Vietnam to Join Drills in South China Sea
The JASDF recorded the most Chinese activity in the East China Sea (Sea of Japan) near the group of uninhabited islands, known in Japan as the Senkaku and in China as the Diaoyu and claimed by both countries, according to The Japan Times.

There has reportedly been increase in the Chinese presence between the islands of Okinawa and Miyako.

Earlier, China expressed concerns over new security legislation that gives green light to Japan's Self-Defense Forces (SDF) to engage in armed conflicts overseas for the first time since the end of WWII.

“We hope the Japanese side learns from the hard lessons of history, sticks to the path of peaceful development, acts with discretion on military and security issues and does more to enhance mutual trust with neighbors and to benefit regional peace and stability,” Xinhua reported the Chinese Foreign Ministry spokesperson as saying.

There were also concerns in response to reports that Japan had switched on a radar station on Yonaguni Island in Okinawa Prefecture. The new Self Defense Force on the island is only about 150 km from the disputed islands.

“The new base can be used as a permanent intelligence gathering post as well an outlet for military operations in the region, adding to Tokyo's existing military buildup along the Yaeyama Island chain, which includes Yonaguni,” Reuters reported.

© Sputnik / Ramil Sitdikov
All for One: How Russia, China, India Will Solve South China Sea Dispute
As the dispute between China and Japan regarding the reclamation continues, a Japan Self Defense Force (JSDF) spokesperson said that “China is modernizing its air force and is clearly aiming to improve its air combat capability in faraway skies… Concrete activities based on those targets are reflected in these numbers.”

China has repeatedly denied allegations that the reclamation will be used for military purposes, while US has repeatedly condemned Beijing for “militarization in the South China Sea."

Although the number of sorties targeting Chinese aircraft has increased, the number of times Japan has had to dispatch fighter jets to intercept Russian planes has decreased.

“There have been 873 overall sorties in fiscal 2015, with 288 targeting Russian aircraft. In the previous fiscal year, Japan scrambled jets 943 times, 473 of which were in response to Russian incursions,” reported the online publication The Diplomat.