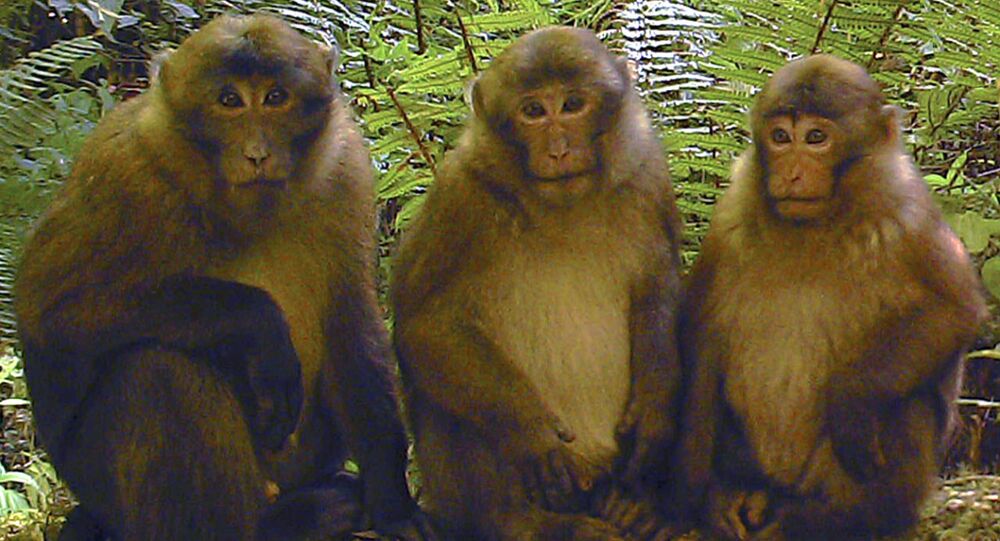 A new species of primate, the White-cheeked macaque, has been spotted in Arunachal Pradesh by a team of researchers from North East India.

© Photo : DailyPicksandFlicks
Gimme! Monkey Steals Banana From Woman In Broad Daylight
The White-cheeked macaque (Macaca leucogenys), a species new to science, was first discovered in Arunachal Pradesh's Anjaw district, bordering the Tibet region of China by a group of biologists and wildlife photographers last year, during a bird watching trip. However it took nearly a year for the scientific community to acknowledge that it was a new species different from macaques normally found in this region.

They narrowly missed being the first in the world to formally report the species after spotting the primate. A group of Chinese researchers, led by Cheng Li had beaten them to it by days reporting the discovery of the species in the American Journal of Primatology. Formally reporting a find in a journal takes precedence over spotting a species.

The White-cheeked macaque closely resembles the Assam macaque, which is one of the reasons the two were believed to be the same species until just recently. The main unique features of the White-cheeked primate are its long white whiskers creating white cheeks, a rounded facial appearance, long and thick neck hair, a short relatively hairless tail and its distinctively different shape of male genitalia.

The sighting was made by Dr. Ranjan Kumar Das, associate professor of geography of Tinsukia College, who was the first in the team to take a photo of the White-cheeked macaque during the trip.

"I am excited to be a part of this discovery and to contribute to the understanding of the species through my photography work," Das said.

The new discovery could help in promoting wildlife conservation in the region and gives encouragement to more field studies, research and conservation initiatives.