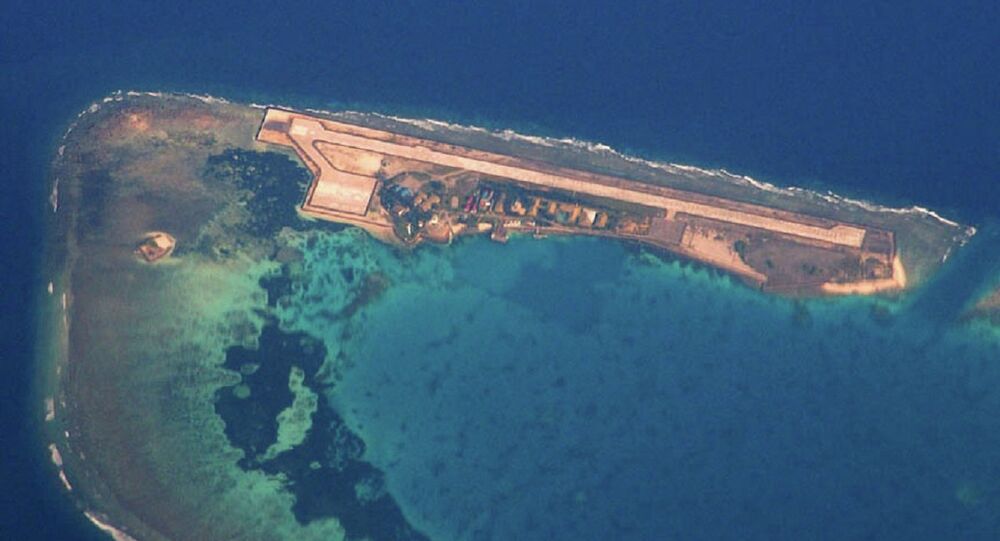 The South China Morning Post reported on Sunday, citing Chinese military sources, that Beijing would start the reclamation activities before the end of the year.

© REUTERS / U.S. Navy/Handout via Reuters
Beijing Appreciates Lavrov's Statement on South China Sea Dispute
The newspaper added that experts predict that Beijing could construct an airstrip on the shoal, to increase the Chinese Air Force's ability to expand its influence in the South China Sea.

China has a number of ongoing maritime disputes with other Asia-Pacific states, particularly territorial claims over a number of islands located in the South China Sea.

Beijing, Taipei and Manila all lay claim to the Scarborough Shoal, also known as Huangyan Island in Chinese and Panatag Shoal in Filipino, which lies some 100 miles off the Philippines.