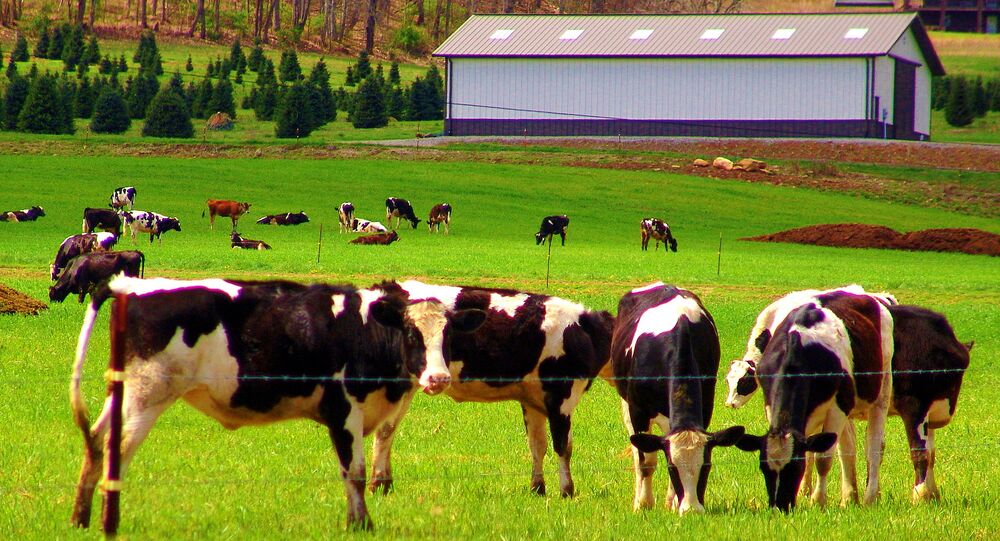 A Chinese-led consortium has agreed to buy Australia’s most iconic cattle company S. Kidman and Co. worth $289 million and covering for one percent of Australia’s landmass, the Australian Broadcasting Corporation wrote citing a source in the company.

© Sputnik
China Interested in Buying Shares in Russia's Rosneft Oil Giant
The consortium, made up of Dakang Australia, whose company is Hunan Dakang Pasture Farming, a private Chinese company with no government ownership, is set to snap up 80 percent of the land, with Australian Rural Capital (ARC) taking the remaining 20 percent.

In November, Australia's Foreign Investment Review Board blocked the sale of Kidman to an overseas buyer, saying the proximity of its Anna Creek station to a weapons testing range could compromise national security.

After the deal was rejected in November, a Kidman representative said the company had ensured all potential buyers had completed due diligence in an attempt to mitigate any issues surrounding national security.

Kidman was established in 1899 by Sidney Kidman who became known as Australia's "cattle king."

They raise about 185,000 cattle at stations spanning 101,000 square kilometers, or about 1.3 percent of Australia's total land area – bigger than Ireland.

Security concerns have often been brought up to block the sale of Australian assets  to Chinese-led consortiums, Chen Fengying, a leading economist at China’s Institute of Modern International Relations, said in an interview with Sputnik.

“The hurdles erected in the way of Chinese companies’ ongoing effort to explore foreign markets reflect deep-seated Western fears of the so-called 'Chinese threat.' They see Chinese businesses as a threat to their comfortable existence,” Chen Fengying said.

She added that each time the Chinese buy real estate abroad their local partners warn that this would drive prices up. When China wants to acquire any assets abroad its foreign partners insist that these assets cannot be sold to a foreign buyer.

“They also fear that China would snap up some of their commodities and trademarks. In a word, they view us as a threat, even though the global acquisition and takeover of enterprises is an inevitable element of the ongoing process of global economic restructuring,” she said.

The process of economic globalization will continue and European and American energy and oil companies are likewise engaged in this process which helps make them more competitive.

“Wary as some countries are of China’s participation in this process of mergers and takeovers, this is an objective economic development that simply can’t be turned back,” Dr. Chen said.