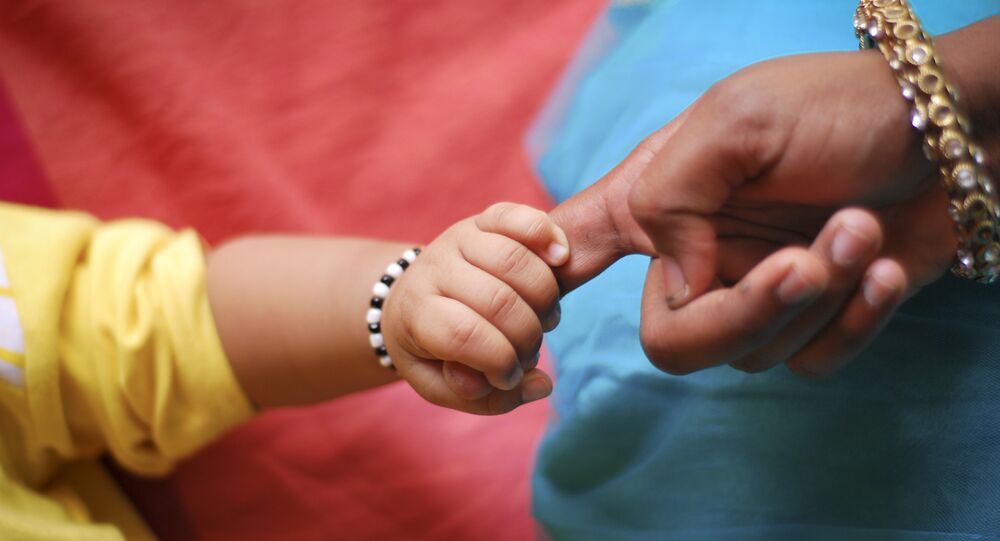 Police busted an infant trafficking racket involving a private hospital in the central Indian state of Madhya Pradesh. The hospital is found to have been "secretly" delivering unwanted babies and selling them for adoption.

A private hospital in the city of Gwalior has made it to the headlines, not for any breakthrough achievement, but for the heinous crime of selling babies.

© REUTERS / Yves Herman
French Police Discover Bodies of 5 Babies in House
According to the police, authorities at the Palash hospital, which is being dubbed by the media as a "secret baby farm," were luring patients seeking to terminate unwanted pregnancies into secretly delivering the unwanted babies and later selling them off.

Kumar Prateek, a top ranking Gwalior police officer, told Sputnik that acting on a tip off, his team raided the hospital and found two abandoned infants. Suspicion grew even more when the hospital's authorities failed to divulge details of the infants' parents. Police then immediately arrested hospital manager Arun Bhadoria.

"The hospital had been involved in the racket since last year. The hospital's modus-operandi involved two agents who brought girls with unwanted pregnancies to the hospital. Their main target would be girls carrying babies as a result of illicit relationships or rape. The girls were made to deliver the baby, take a vow of secrecy, and the infants were then later sold off to allegedly childless couples for anything between 50,000 to 100,000 Indian rupees (US $750 to $1,500). Bhadoria and his accomplices had already sold three infants and were waiting for customers for the two infants found at the hospital at the time of raid. "

Though the hospital claimed that they sold the infants to childless couples for adoption, police are looking into the likelihood of human trafficking for the purpose of slavery and prostitution.

© Flickr / Katie Tegtmeyer
Newborn 'Burden on the State': Daesh Fatwa Orders Murder of Disabled Babies
Five people including the hospital's Director TK Gupta, Manager Bhadoria and parents who bought babies from this hospital have been booked under sections 370, 371 and 373 of the Indian Penal Code which relates to buying or disposing of any person as a slave, habitual dealing in slaves and buying a minor for the purpose of prostitution respectively. These charges are punishable by up to 10 years in jail.

This is not the first time that an infant trafficking racket has been busted in India. Hearing a similar case in the year 2014 in New Delhi, Justice Kamini Lau had observed "This case exposes the helplessness of the Criminal Justice System to deal with the situation where children/ infants are sold in the adoption market/ Baccha Bazaar as potatoes, tomatoes and onions."