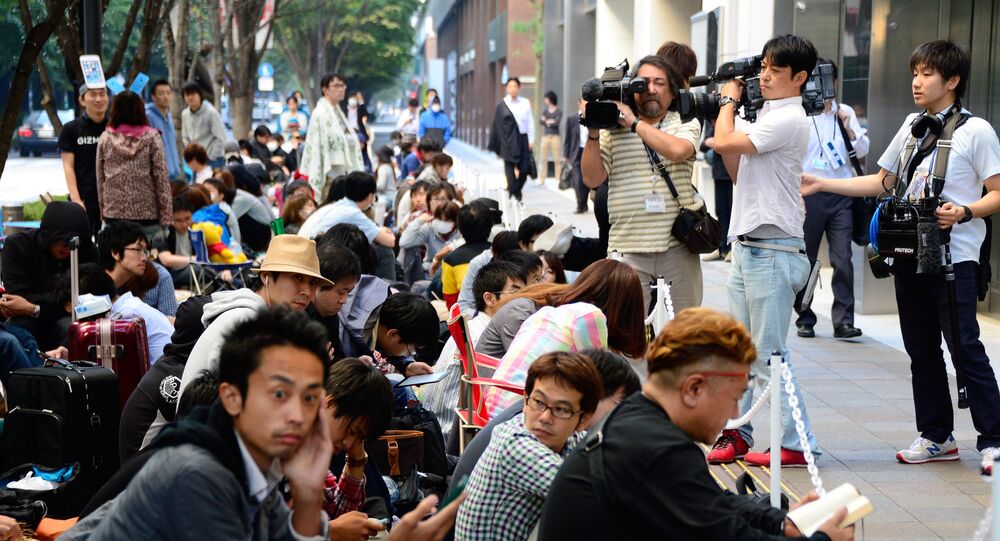 UN Special Rapporteur on the promotion and protection of the right to freedom of opinion and expression David Kaye believes that freedom of press in Japan is facing serious pressure from the government, media reported Tuesday.

MOSCOW (Sputnik) — Kaye's warning remarks come after a week-long visit to Japan where he conducted a number of interviews with local journalists and government officials.

"A significant number of journalists I met feel intense pressure from the government, abetted by management, to conform their reporting to official policy preferences <…> Many claimed to have been sidelined or silenced following indirect pressure from leading politicians," Kaye said at a press conference at the Foreign Correspondents' Club in Tokyo, as quoted by The Financial Times.

© Flickr / Sabina Panayotova
You Won't Believe It But This European Country Has Huge Problem With Press Freedom
According to the UN rapporteur, Japanese legislation in the sphere of mass media raises concerns as it allows the government to cancel broadcasting licenses over perceived violations which could potentially violate people's right to relevant information.

Concerns about press freedom in Japan have emerged as a number of Prime Minister Shinzo Abe's appointments to key posts related to the mass media have been linked to a number of journalists known for making sensitive reports and asking tough questions leaving their jobs.