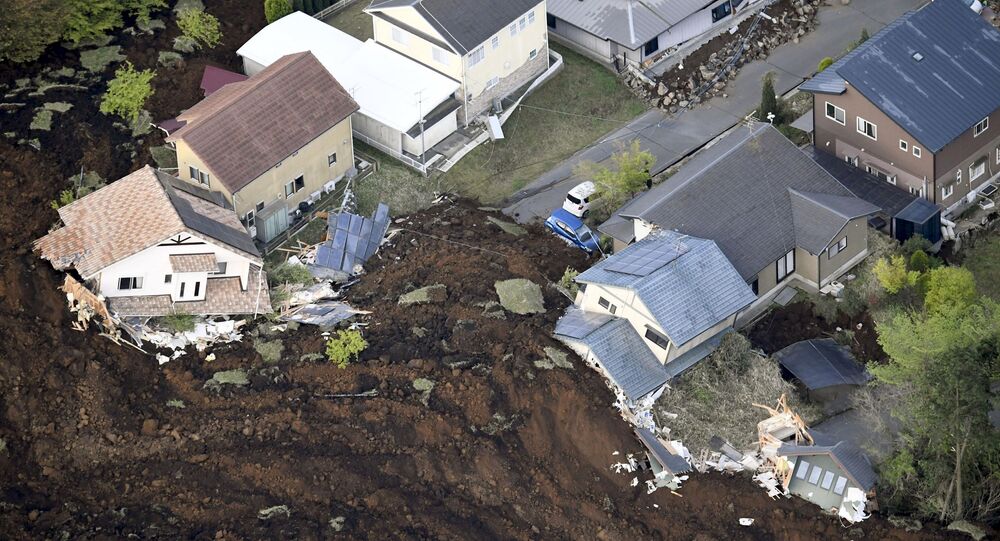 The number of evacuees in Japan in areas which suffered from several powerful earthquakes in the recent days has reached 117,000 people, amid fears of new possible quakes, local media reported Tuesday.

© REUTERS / Kyodo
Total Number of Earthquakes in Japan Exceeds 600 in Just 5 Days
TOKYO (Sputnik) — The evacuees are from Kumamoto Prefecture, which was the earthquakes' epicenter and the neighboring Oita Prefecture, according to the Kyodo news agency. The displaced people are now staying outdoors or in sports fields, because staying inside houses is still considered dangerous, the media outlet said.

A magnitude 6.5 earthquake struck southern Japan, near the regional capital of Kumamoto on the Kyushu island, on Thursday. Early on Saturday local time, a second earthquake struck the same island, registering magnitude of 7.3. At least 44 people died and over 1,000 others were injured as result of the quakes.

Japanese Earthquake Aftermath as Seen From Above