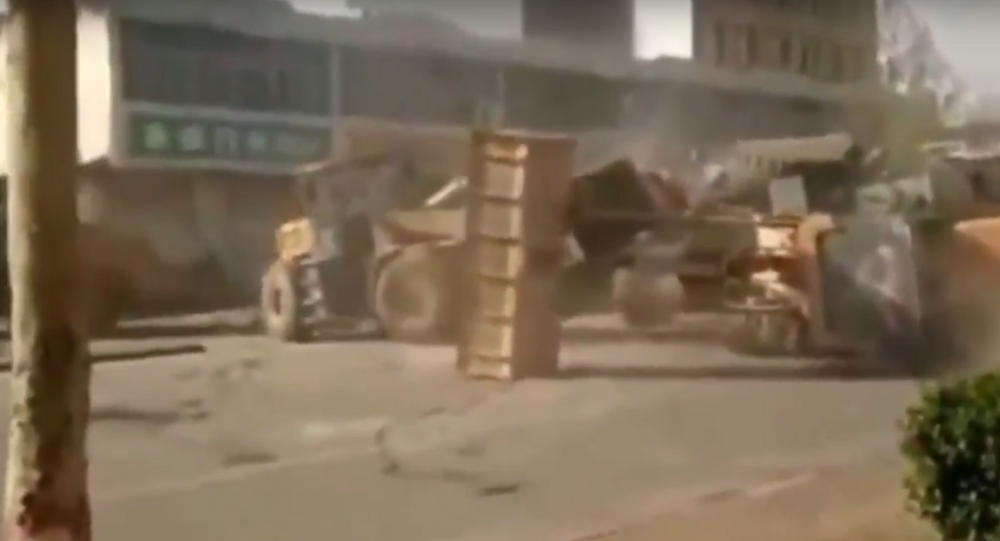 Like a duel between rival street gangs, two Chinese construction firms have taken their feud to the streets.

At least six vehicles can be seen taking part in the skirmish.

According to Xu Feng, a government spokesman in Hebei province, two companies were competing for business when two workers launched a demolition derby with heavy machinery.

YouTube/PROPSMAN
Quadrocopter Derby: When RC Racing Is Not Enough

The battle left at least two vehicles lying on their sides.

According to the South China Morning Post, the skirmish ended when police arrived on the scene.

Several people were reportedly injured, though Xu stressed that he couldn’t release details as the investigation is ongoing.

It is unclear what, precisely, sparked the scuffle.