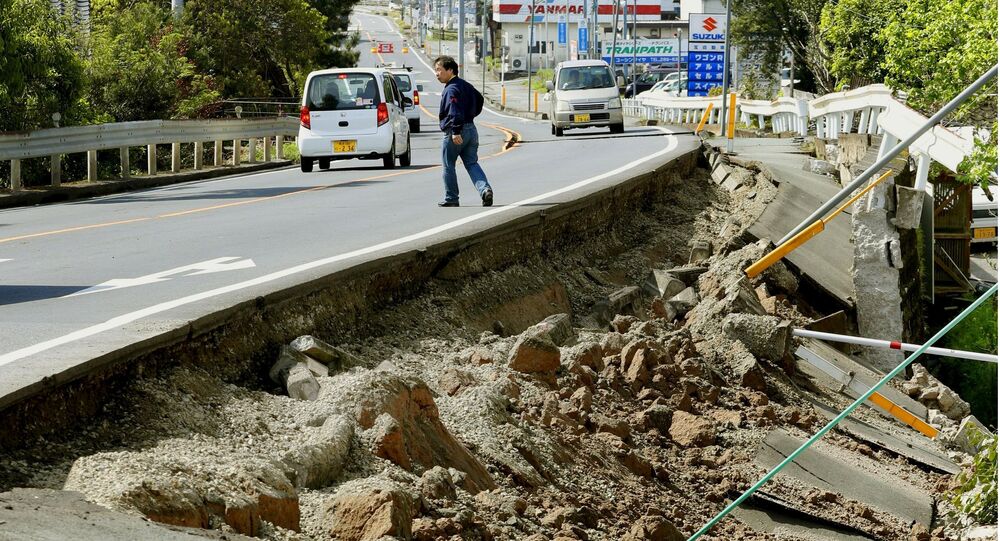 Nearly 70,000 Evacuated in Japan After Series of Deadly Earthquakes

Nearly 70 thousand people have been evacuated in Japan's Kumamoto Prefecture, located on the island of Kyushu, after a series of powerful earthquakes struck the area, local media reported Saturday.

TOKYO (Sputnik) – About 69,000 people have been evacuated in Japan's Kumamoto Prefecture located on the island of Kyushu after numerous powerful earthquakes, local media reported Saturday.

​All state schools in the prefecture’s capital were used as evacuation centers, the national NHK broadcaster said.

​On Thursday, a magnitude 6.5 earthquake struck to the east of Kumamoto city. It was followed by multiple aftershocks. At least nine people were killed and over 760 were hospitalized.

I'm heartbroken for Japan. Another earthquake, more casualties, please pray for those souls and be safe! We are with you Japan! 🇺🇸❤️🇯🇵

​The following day, the same area was hit by a 7.0-magnitude earthquake. At least 11 people were killed and over 900 were injured, according to Kumamoto authorities.

Over 230 quakes struck Japan’s south since Thursday, according to the country’s meteorological agency.