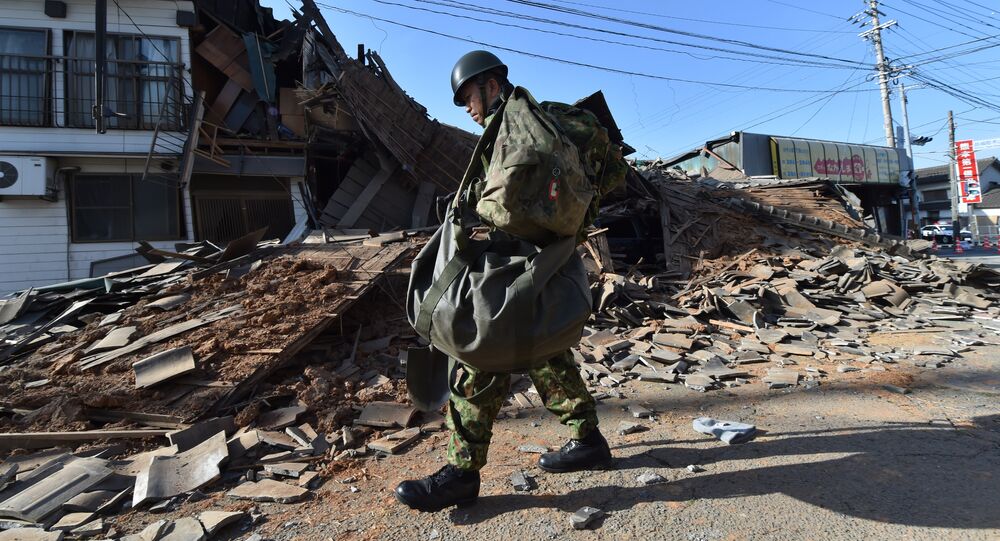 Japan plans to send a total of 20,000 members of its self-defense forces to Kumamoto Prefecture, which has been affected by a series of earthquakes, Japan's Chief Cabinet Secretary Yoshihide Suga told reporters.

TOKYO (Sputnik) – On Thursday, a magnitude 6.5 earthquake struck to the east of the city of Kumamoto (the capital of Kumamoto Prefecture) on Japan’s Kyushu Island. It was followed by multiple aftershocks. At least nine people were killed and over 760 were hospitalized.

"Currently, 2,000 members of the Self-Defense Forces are working on the site, on Saturday another 15,000 people will be sent there, by Sunday the total number will reach 20,000," Suga said.

On Friday, the same area was hit by a 7.0-magnitude earthquake. At least 11 people were killed and over 900 were injured, according to Kumamoto authorities.

One Person Possibly Killed by Kumamoto Quake in Japan