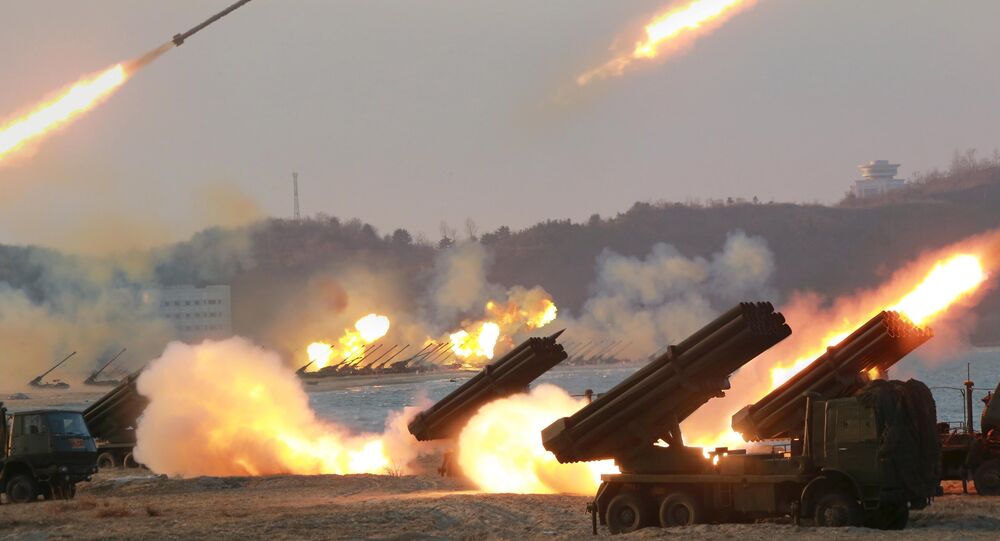 North Korea Should Refrain From Raising Tensions on Peninsula

Washington calls on North Korea to refrain from actions that further raise tensions in the Korean peninsula and focus instead on taking concrete steps toward fulfilling its international commitments and obligations, according to a US State Department official.

"We call again on North Korea to refrain from actions that further raise tensions in the region and focus instead on taking concrete steps toward fulfilling its international commitments and obligations," the official said.

South Korean media, citing officials in Seoul, reported earlier in the day that North Korea has deployed one or two Musudan intermediate-range ballistic missiles, also known as Rodong-B or BM-25), on its eastern coast.

© REUTERS / KCNA
North Korea's Projectile Launch 'Unacceptable' Provocation
The reports have raised concerns that Pyongyang could deploy the missiles on Friday to celebrate the birthday of its late founder Kim Il-sung. It would be Pyongyang’s first test-launch of the BM-25, according to South Korean media.

North Korea has previously called ongoing military exercises between the United States and South Korea a provocation. The drills, expected to last through April 30, include rehearsals of strikes on North Korea’s missile and nuclear facilities in case of war.