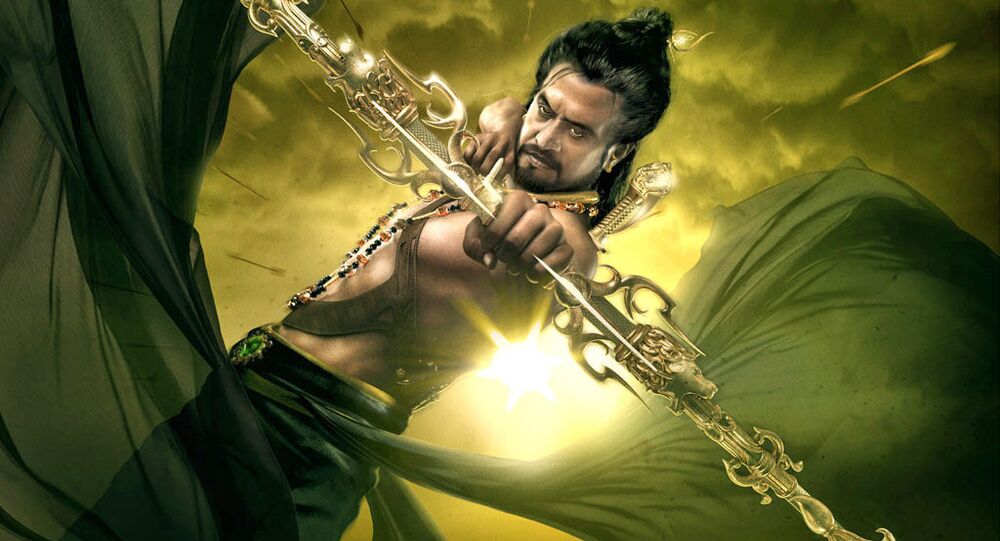 A local cafe in a southern Indian city honored the famous actor Rajinikanth by making a 600 kg six-foot tall chocolate statue of him.

The cafe in Chennai recently conducted an online poll survey asking the actor's fans if they would like to see a statue of the star made of chocolate. The response was extremely positive, so the director of Zuka cafe, Srinath Balachandran, decided to unveil it when Rajinikanth received a prestigious award and completed forty years in the Indian film industry.

"It took us 168 hours and 600 kg of chocolate to make it," said Balachandran. The statue is a little over 5'11" tall. The chocolate copy of the actor is dressed with cool sporty shades, salt-and-pepper hair and white beard; one arm rests in his pocket and revealing a watch made of white chocolate.

Fans of #Superstar #Rajinikanth from Japan posing with the Chocolate Statue of @superstarrajini pic.twitter.com/9MXGQzhhek

​Rajinikanth is a popular Indian film actor, media personality and cultural icon. His popularity has been attributed to his appearance as a super-hero in many films, as well as his political statements and philanthropy. Much like Chuck Norris, "Rajinikanth facts" are widely spread over the Internet. These satirical jokes have also inspired several mobile applications for iOS and Android. Rajini's fans are famous for their habit of pouring liters of milk over his posters during every release of his film as a part of the celebrations.