As Beijing begins construction of a lighthouse in the disputed South China Sea, Radio Sputnik’s Loud & Clear speaks with Eric Draitser, founder of StopImperialism.org, to discuss the ongoing tensions between the US and China.

"What we’re really interested in here is the symbolic significance of China’s opening of this lighthouse because it is clearly and unmistakably an issue that has gone far beyond just military capabilities, commercial capabilities," Draitser tells Loud & Clear.

"Now China is also injecting itself into the legal questions and conflict resolution and dispute resolution."

Shooting Down Syrian Planes: Who is Giving Missiles to Terrorists?

Beijing’s construction of artificial islands in the Spratly archipelago has been met with derision by US officials who accuse China of attempting to establish an air defense zone. Draitser believes this to be an inaccurate reading of Beijing’s goals.

The United States argues that the United Nations forbids establishing territorial claims around artificially constructed islands, but such actions do have precedent.

"China is doing very similar things to what a lot of the other powers historically have done, what the United States has done…wherein it is exercising what it perceives to be its sovereign rights over its own territorial waters," he says.

Given that the US has no territorial claims of its own in the South China Sea, Washington’s actions in the region seem to suggest an interest in destabilizing the government of Chinese President Xi Jinping.

"The strategy for a regime change in China is vastly different from the kind of regime change the United States has brought to much smaller and relatively weaker countries, be it Syria, Libya, Iraq, or what have you," Draitser says.

"What they’re trying to do in China is to slowly chip away at the political edifice of the Chinese Communist Party and to try to exacerbate whatever divisions do exist to try and drive wedges into the political leadership and thereby fracturing it."

He cites the example of a recent letter released anonymously online that heavily criticizes President Xi of overreach and media censorship.

"There’s a lot of jockeying, political and propaganda jockeying going on right now, and I think the United States is intimately involved in that," Draitser says. 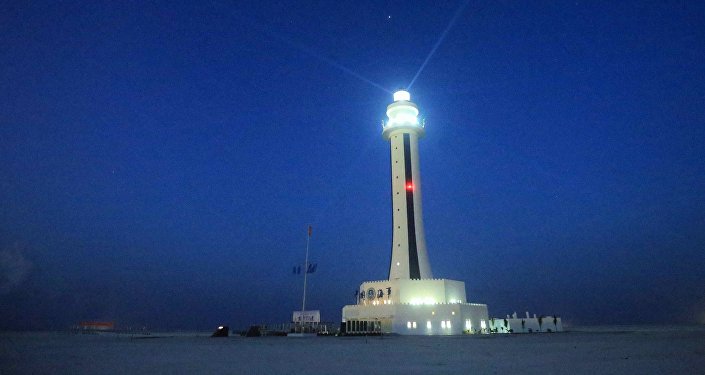 "We know from the history of how the US conducts this sort of what I would call 'cyber subversion,' that is precisely how they operate. Whether it’s using social media, such as we saw in Libya, Syria, and elsewhere; whether it’s using hacking or cyber weapons like we’ve seen in Iran…"

He also points to the recent release of the Panama Papers.

"Why the headlines of the Panama Papers focused on Xi Jinping and Vladimir Putin, why is it that of all the Western billionaires…hiding their money in these shell corporations…it was Xi Jinping who are at the top of the list?

"I find this very hard to believe."