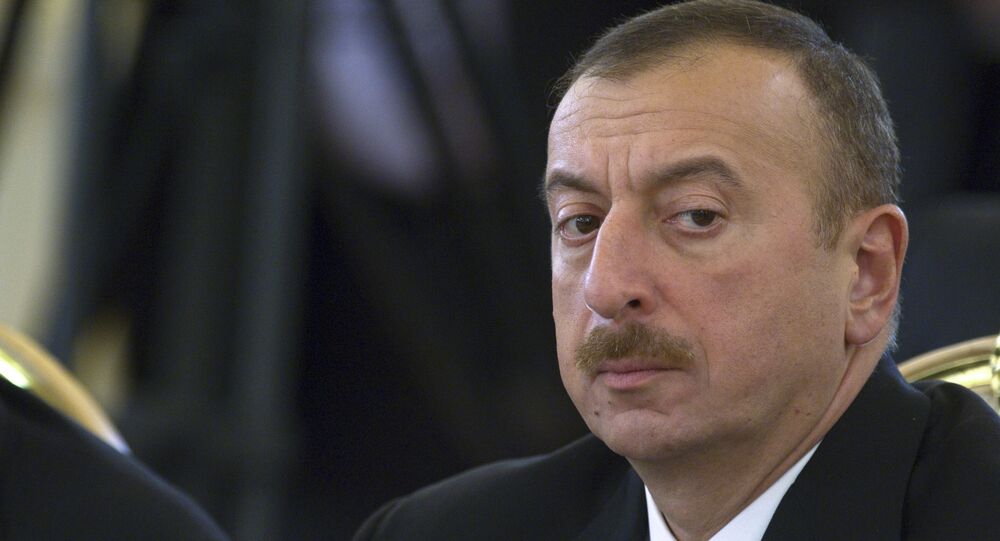 Azerbaijan is ready to renew the ceasefire with rebels in the self-proclaimed republic of Nagorno-Karabakh, Azeri President Ilham Aliyev said Tuesday, amid the recent outbreak of violence in the region.

"We are ready to renew the truce and advocate the continuation of the negotiation process. In order for this to happen, Armenia should follow these principles," Aliyev said, as quoted by the state television channels.

© Sputnik / Илья Питалев
Nagorno-Karabakh Ceasefire Came Into Force at Noon - Karabakh Spokesman
The Nagorno-Karabakh conflict began in 1988, when the Armenian-dominated autonomous region sought to secede from the Azerbaijan Soviet Socialist Republic, before proclaiming independence after the Soviet Union's collapse in 1991.

The Organization for Security and Co-operation (OSCE) Minsk Group on the mediation of the Nagorno-Karabakh conflict is meeting in Vienna on Tuesday at an ambassadorial level to discuss the recent outbreak of violence in the disputed region.