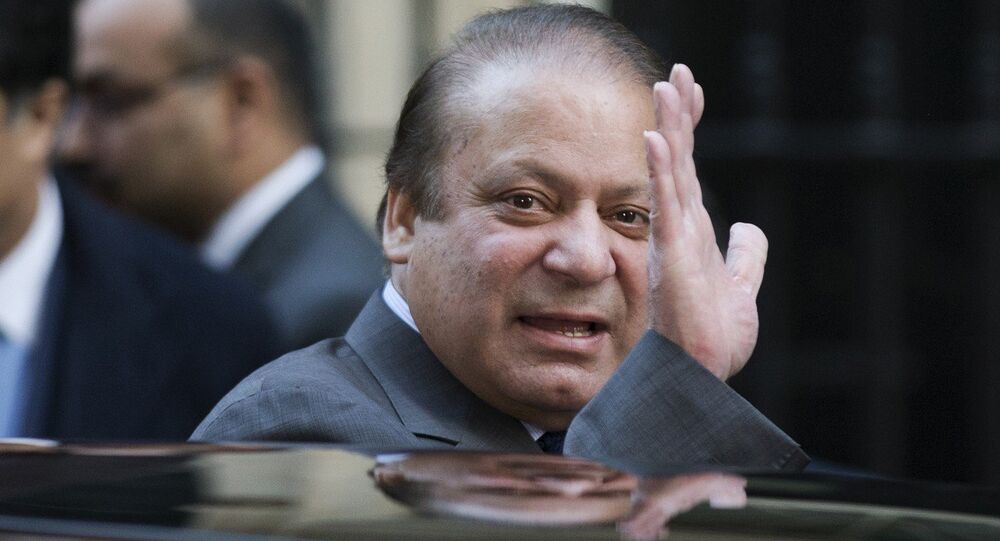 NEW DELHI (Sputnik) — On Sunday, the German newspaper Sueddeutsche Zeitung exposed alleged involvement of a number of former and current world leaders and their confidants, including Sharif's children, in tax havens schemes using the information obtained in a data leak by the Panama firm.

"Both the children of Nawaz Sharif file their tax returns in accordance with law, and do business abroad like children of common Pakistanis do. The documents do not mention that Nawaz Sharif and Shahbaz Sharif have properties out of the country," Pakistani Information Minister Pervaiz Rashid said.

© Sputnik / Aleksey Nikolskyi
Kremlin: 'Putinophobia' Reaching New Heights With #PanamaPapers Publication
The alleged documents obtained by the German newspaper reportedly provide information on current and former world leaders, as well as celebrities and others who allegedly laundered billions of dollars, evaded taxes and dodged sanctions with the help of shell firms abroad.