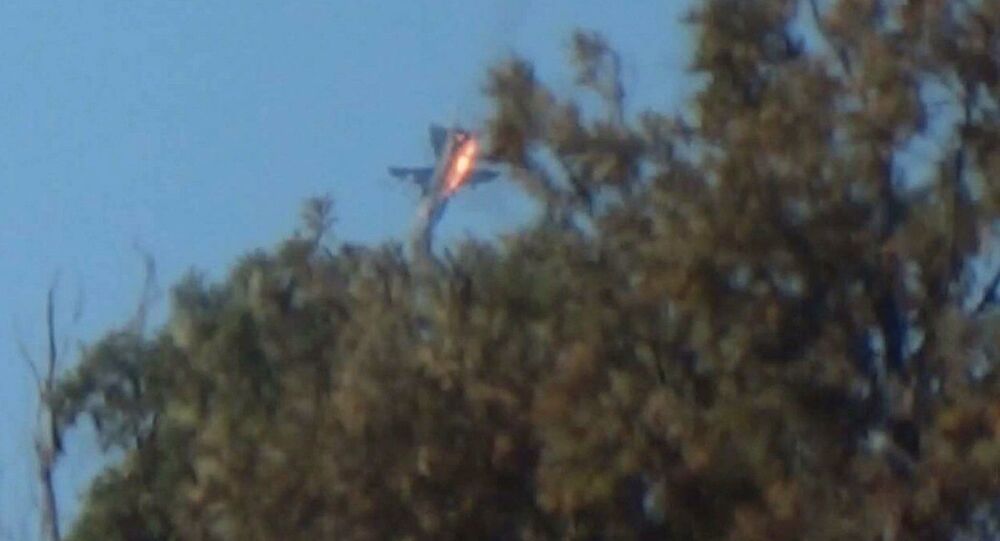 Turkish court in the western province of Izmir arrested Alparslan Celik for killing the pilot of the Russian Su-24 downed by the Turkish Air Force over Syria on November 24.

Celik has been arrested on charges of illegal arms possession, which were denied by the detainee, CNN Turk reported.

The supposed killer is also reportedly suspected of having misappropriated funds gathered as aid for Syrian Turkmens, as well as distributing counterfeit money and helping organize a prison breakout.

Although Celik said he killed Peshkov, he refused to give further information regarding the incident, the source said. The man also added that he doesn't regret killing the Russian pilot and given an opportunity he'd do the same thing again.

Earlier it was reported that Celik was arrested in the Turkish city of Izmir upon his arrival from Syria, where he was fighting against the country's government forces alongside Turkmen militants.

© Photo : Youtube/Sinan Syr
No Regrets: Alleged Killer of Russian Su-24 Pilot Pleads Guilty But Says He'd Do Killing Again
However, another Turkish newspaper Haberturk reported that Celik, in fact, refused to confirm the killing of Peshkov during an interrogation process.

According to the Hurriyet Daily News, Celik and 13 others were having dinner at a restaurant in Izmir's Hatay district when they were arrested by local police on March 30.

Interestingly, Celik and his friends were arrested not due to their suspected involvement in the killing of the Russian pilot or fighting in Syria, but because they showed up to a restaurant in Izmir with their guns. Understandably, people got scared and someone called the police who arrived and seized a Kalashnikov assault rifle and two pistols during the arrest.