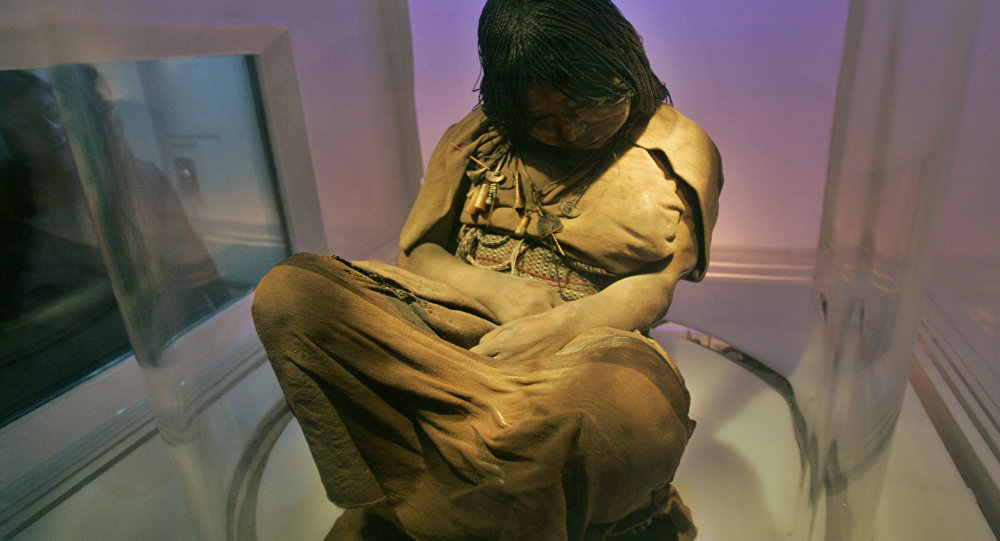 The first large-scale study of ancient DNA from early American people has confirmed the devastating impact of European colonization on the Indigenous American populations of the time, Science Advances journal wrote.

© Flickr / Mehmet Pinarci
Flesh, Blood & Virus: 19 Strands of Ancient Viral DNA Discovered in Humans
A team of researchers at the University of Adelaide's Australian Center for Ancient DNA (ACAD) reconstructed a genetic history of Indigenous American populations by looking directly into the DNA of 92 pre-Columbian mummies and skeletons, between 500 and 8600 years old.

"This separation appears to have been established as early as 9000 years ago and was completely unexpected, so we examined many demographic scenarios to try and explain the pattern."

Llamas and his colleagues blamed the Spanish Conquistadores and other European colonizers and travelers for genocide of indigenous Americans by restoring portions of DNA extracted from about a hundred pre-Columbian Incan mummies and bones of representatives of other Indian tribes.

A study of maternal genetic lineages with the help of  sequencing whole mitochondrial genomes, the researchers determined the migration patterns of various groups of Indians from the moment they appeared on the American continent all the way to the beginning of the New Age.

"The only scenario that fit our observations was that shortly after the initial colonization, populations were established that subsequently stayed geographically isolated from one another, and that a major portion of these populations later became extinct following European contact. This closely matches the historical reports of a major demographic collapse immediately after the Spaniards arrived in the late 1400s,” Dr. Llamas said.