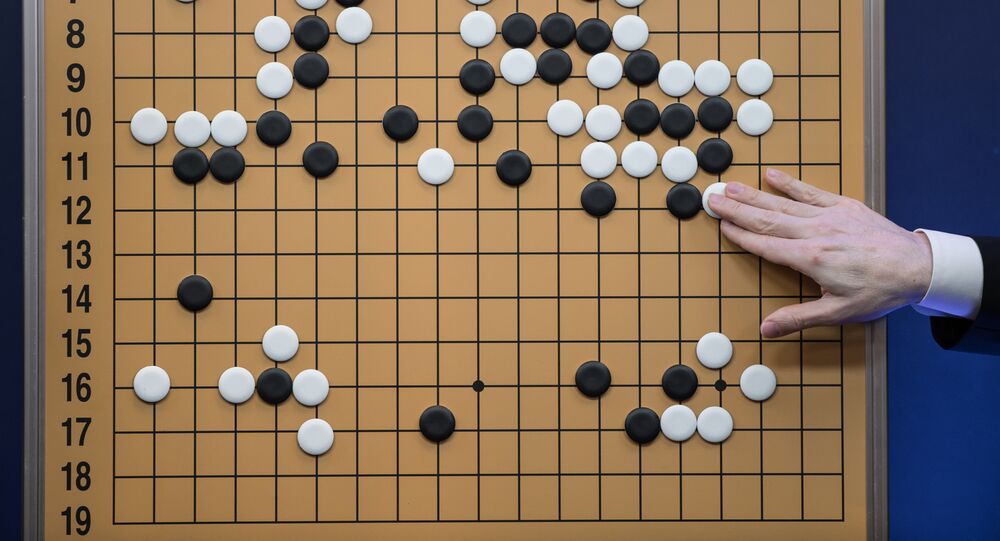 Having a Go: China Plans to Challenge Google's AI in Strategic Board Game

A Chinese AI development team is set to challenge Alphabet's AlphaGo, the artificial intelligence that defeated a human champion in the Asiatic board game 'Go' last month.

The China Computer Go team could throw down the gauntlet to the Anglo-American program at the end of 2016. The news emerged on Thursday, during a Beijing event organized by the Chinese Go Association and the Chinese Association for Artificial Intelligence.

Predictably, AlphaGo, which won a game against professional South Korean player Lee Sedol in March, was the main topic of discussion at the event.

Incredible moment for AI. Congrats to AlphaGo and Lee Sedol for a great game. More to come! https://t.co/0Ekk1C3wmg

The victory of the computer, a brainchild of UK company DeepMind, came as a shock for many computer science experts, who thought the current state of AI technology would not be up to the task of beating a top-class Go player.

Coincidentally, Google's CEO Sundar Pichai was also in China on Thursday, and he visited a renowned Go training school to better understand the game. The strategic game, in which players place black and white pawns on a board trying to surround each other, is mostly popular across Asian countries — so it comes by no surprise that China may want to have a crack at putting AlphaGo in its place.

Hua Syuemin, a spokesperson for the China Computer Go team told Sputnik that he did not have any information about when and how the challenge will take place.

"Our team hasn't received any official information regarding this," he said.

Asked about the possibilities of winning, the team's captain told Sputnik that artificial intelligence was "not something we [the team] specialize is in."

"However, considering that AlphaGo is performing better with every day — and if you look at the five games Lee Sedol played with the AI — then perhaps right now, professional players aren't in the best place to win."

Rather than focusing on winning, he suggests the team could instead turn its attention to learning from a game of Go with the super-skilled AI.

"It's important to understand that artificial intelligence makes our lives easier, allowing us to experience the world of Go in a completely new way,"  Syuemin said.

"At the end of last year, a similar game took place where a human played Go with a computer in China. What the game showed is a rather striking difference between a computer and a professional player. Five out of six games were lost to the AI."