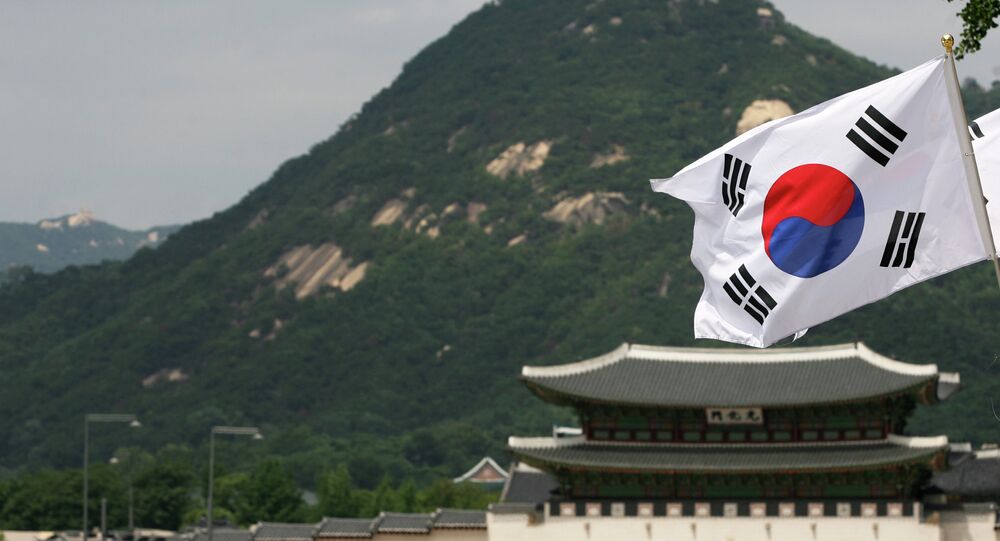 South Korea Unprepared for Agreement on Security Cooperation With Japan

Seoul is not ready to sign a General Security of Military Information Agreement with Tokyo.

TOKYO (Sputnik) — Seoul is not ready to sign a General Security of Military Information Agreement (GSOMIA) with Tokyo on the exchange of classified information, South Korean media reported Friday.

© AFP 2020 / YONHAP / NORTH KOREAN TV
Japan Expands Sanctions Against N Korea Over Nuclear, Missile Tests
According to the KBS radio station, Senior Presidential Secretary for Foreign Affairs and National Security Kim Kyou-hyun said on the sidelines of the Nuclear Security Summit in Washington, D.C. that prior to the signing of such an agreement with Japan, the right conditions must first be established.

The conditions in question were not specified.

© AFP 2020 / YONHAP
Japan Condemns N. Korea's Nuclear Strike Threats in Response to Washington
Japanese Defense Minister Gen Nakatani said in turn that the Japanese government is set to continue its push for the agreement to be signed soon.

The two countries reached an understanding to sign such a document in 2012 under the Lee Myung-bak administration. However, since then, the issue has not been progressed due to political disputes over Japan's occupation and colonialism during World War II.