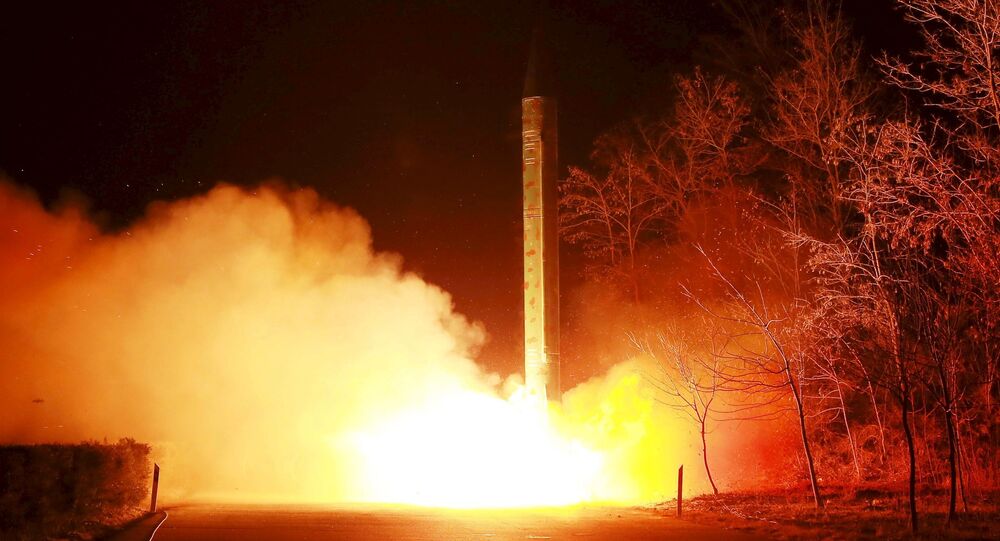 Pyongyang is ready to use nuclear forces against the United States, according to the statement of North Korea's Foreign Ministry.

© REUTERS / KCNA
Bombs or Food: Pyongyang to Spend Over 15% of State Budget on Defense
MOSCOW (Sputnik) — Pyongyang pledged to use its "nuclear forces" as a retaliatory measure to potential US attempts to violate North Korea's supreme interests and sovereignty, North Korea's Foreign Ministry said in a statement.

"If the United States tries to encroach upon our supreme interests and sovereignty even just a little, we will immediately and mercilessly strike back using all means, including nuclear forces, and thus root out completely the threat to our sovereignty, as well as peace and security in the region," the statement obtained by RIA Novosti reads.

© REUTERS / KCNA
North Korean Nuclear Rhetoric Against US May Be a Request for Talks
In January, Pyongyang claimed it had successfully carried out a hydrogen bomb test. Earlier in March, North Korea launched five short-range missiles that landed in the Sea of Japan, which has become Pyongyang's third missile power test, including launches of medium-range ballistic missiles.

In response to North Korea's recent nuclear activity, South Korea and the United States have launched large-scale military drills in the region. The exercises, expected to last through April 30, include rehearsals of surgical strikes on North Korea’s missile and nuclear facilities in case of war. Pyongyang labeled the drills as provocation.