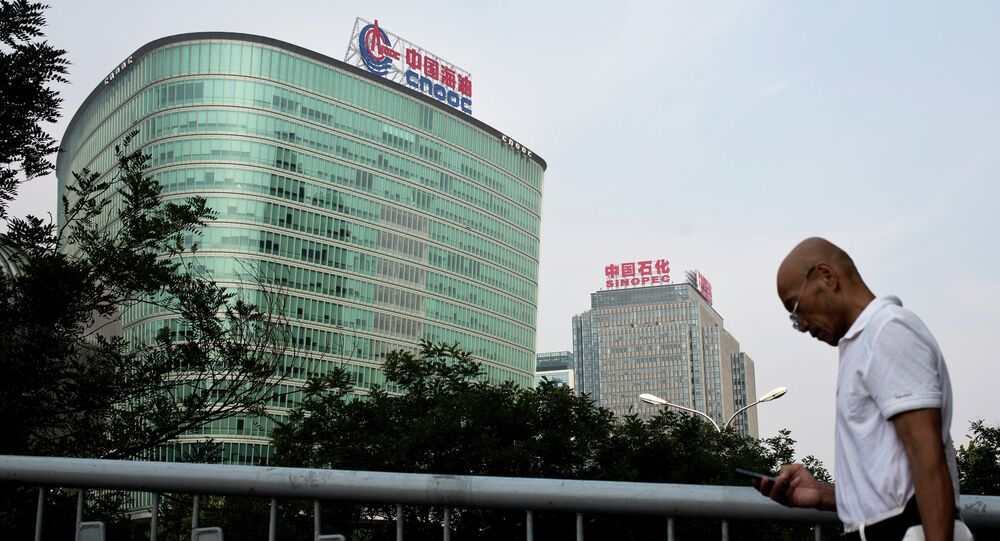 China is likely to surpass the United States in oil imports in 2016 and become the main oil-importing country in the world.

BEIJING (Sputnik) — China is likely to get ahead of the United States and become the world leader in oil imports in 2016, the vice president of Unipec, a subsidiary of China's oil giant Sinopec, said Thursday.

© AP Photo / Mikhail Metzel, File
Rosneft, Sinopec to Sign East Siberia Oil Deal
According to China's General Administration of Customs, the country imported a record volume of oil in 2015 amid low crude prices — 6.7 million barrels daily. The US imports of crude oil in 2015 stood at 7.4 million barrels per day.

"For the first two months of this year, imports of crude oil to China surpassed eight million barrels per day. According to our estimates, the average annual rate will stand at 7.5 million barrels per day. There is a possibility that China will overtake the United States in 2016 and become the world leader in the volume of imported crude oil," Zhong Fu Liang said at the China — Russia Oil & Gas 2016 event in Beijing.

© AFP 2021 / STR
China's Economic Optimism, US Demand Push Oil Prices Higher
According to Unipec's vice president, the volume of oil imports to China will continue to increase, but the growth may slightly slow down compared to previous years.

Unipec was founded in 1993 and is the largest Chinese international trade company. Unipec's business covers trade in crude oil, oil products and liquefied natural gas, as well as warehousing and logistics.