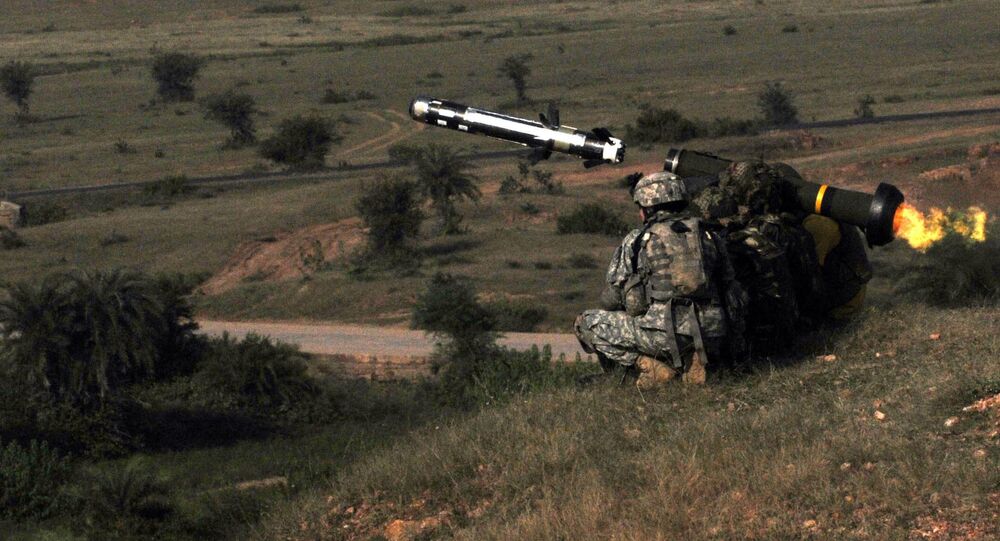 At Defense Expo 2016 Lockheed Martin has announced a major push to produce its weapon systems in India.

Defense contracting giant Lockheed Martin develops sophisticated weapons systems for the US and for export to militaries around the world. Among the weapon systems the company is responsible for are the Javelin, a portable antitank missile launcher, and the F-16 fighter jet.

According to Phil Shaw, Chief Executive of Lockheed Martin India, both of these systems could soon fall under the company’s "Make in India" banner.

"We are very willing to do it," he stated, "if we have the right partners."

The US government has long supported the sale of Javelin missiles to the Indian military. The missile system is listed in the Defense Technology and Trade Initiative (DTTI) that dictates the trade of military hardware between the US and India.

"As a company, along with Raytheon, we are fully in support of that dialogue," Shaw said, adding that Lockheed has been laying the groundwork for increased weapon manufacturing in India for years.

"We have built up experience over the last six or seven years in manufacturing in India to give us confidence to go to the next stage. We have offered to build the F-16 in India. We are ready to move to the platform level," he said.

"I can see there is a roadmap for India to be a major manufacturing hub in aerospace and defense. However, it takes time to build up the ecosystem. If the current trajectory is maintained by the government, then there is a good opportunity to do that."

This is the latest sign of India’s growing military. On Monday, the Defense Research and Development Organization (DRDO) announced that it is also prioritizing the development of directed energy weapons (DEWs). This includes the "establishment of critical technologies of precision tracking/pointing and laser beam combination."

While other US defense companies are not involved in these pursuits, Lockheed has made major strides in DEW development.

"The technologies now exist. They can be packaged into a size, weight, power and thermal which can be fit onto relevant tactical platforms, whether it’s a ship, whether it’s a ground vehicle or whether it’s an airborne platform," Paul Shattuck, director for DEW development at Lockheed, told Defense News.

It’s not entirely unlikely that these energy weapons could also soon bear the "Make in India" label.