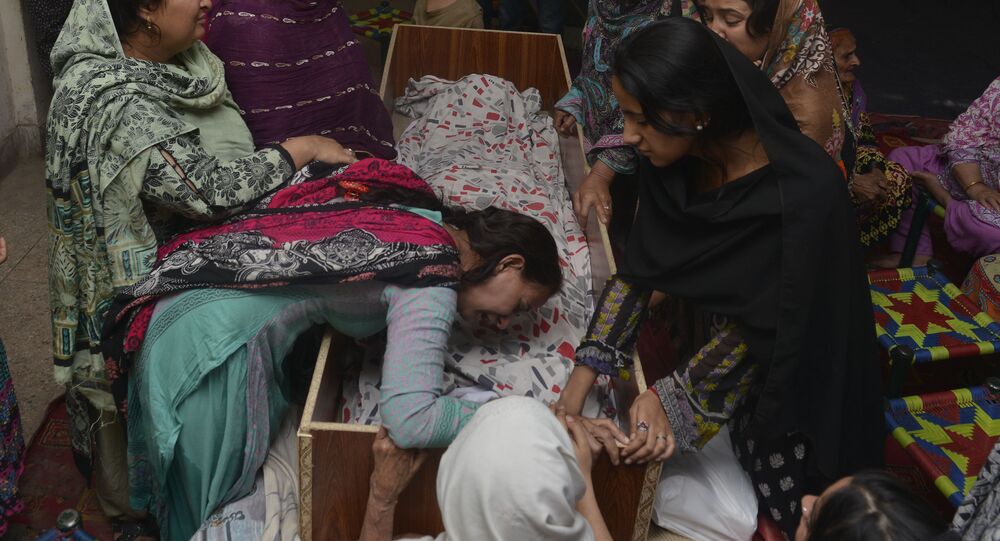 As Pakistan mourns the victims of the Easter Day attack, which claimed the lives of 72 people, experts revive concerns that the country’s nuclear weapons might end up in the hands of Taliban militants, who claimed responsibility for the Sunday bombing.

© REUTERS / Mohsin Raza
Pakistan Military Arrests Suspects With Links to Deadly Lahore Attack
Pakistan has decided to launch a paramilitary crackdown on Islamist militants in Punjab, the country's richest and most populous province, after an Easter Day bombing killed 72 people in the provincial capital Lahore, officials announced on Monday.

The country has begun three days of mourning after Sunday' suicide bombing in a park crowded with families claimed the lives of at least 29 children and left at least 300 people wounded.

Responsibility for the attack was claimed by the Pakistani Taliban's Jamaat-ur-Ahrar faction, which supports the Islamic State (Daesh) and said it specifically targeted Christians.

However most of those killed were Muslims who also had been in the popular park for the holiday.

American defense analyst Ivan Eland stressed that defeating the Islamic fundamentalist movement is the top priority of the country’s officials. In his interview with RT news channel, the expert said that the group’s activity in the country could be even more dangerous than in Afghanistan.

He noted that there is an array of problems which Pakistan is currently facing and the activity of the Taliban is a reaction to these problems. It won’t disappear until the discontent which lies at the base of the movement’s activity is somehow resolved.

Prime Minister Sharif, who canceled a visit to the United States to attend a nuclear summit, also warned extremists against using Islam to justify their violence in the overwhelmingly Muslim nation.

Pakistan has suffered a series of attacks in recent months, and Sharif said militants are hitting "soft targets" like playgrounds and schools because military and police operations are putting pressure on their operations.

In Pakistan's capital of Islamabad, Islamic extremists protested for a second day outside Parliament and other key buildings, demanding that authorities impose Sharia law. The army deployed paramilitary Rangers as well as about 800 additional soldiers from neighboring Rawalpindi to Islamabad, to protect the center, which houses main government buildings and diplomatic missions.