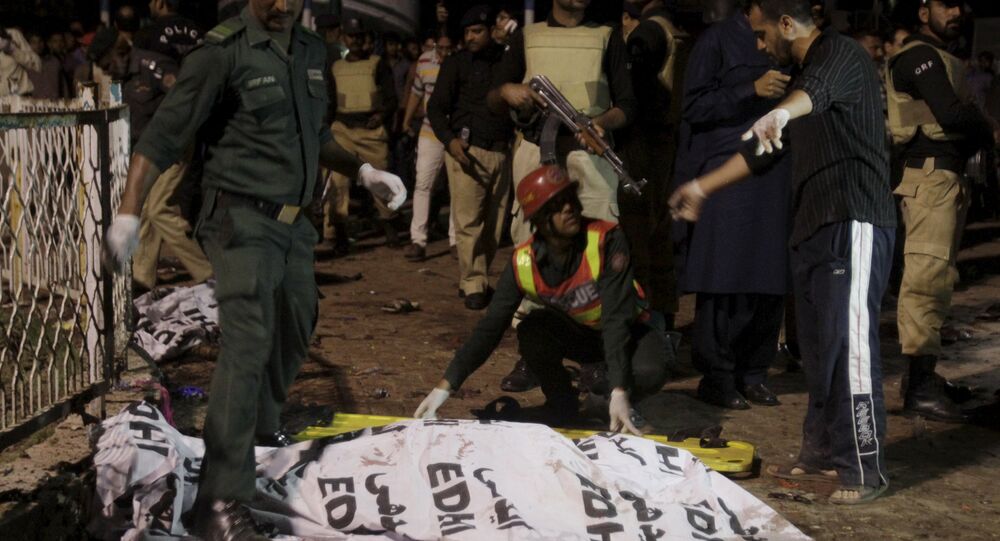 The Pakistan military arrested a number of people suspected of links to the Lahore attack on Monday, the director general of the media wing of the Pakistan Armed Forces, the Inter-Services Public Relations, said.

© AFP 2020 / STRDEL
Police Identify Suicide Bomber Behind Terrorist Attack in Lahore, Pakistan
MOSCOW (Sputnik) — On Sunday, a suicide blast hit a park in Pakistani northeastern city of Lahore, where hundreds of families, mainly women and children, were walking, some of them celebrating Catholic Easter. At least 72 people were reportedly killed and over 300 people were injured. Militants, affiliated with the Taliban claimed responsibility for the attack.

According to the official, counterterrorist operations continued in the Punjab province cities of Lahore, Faisalabad and Multan.