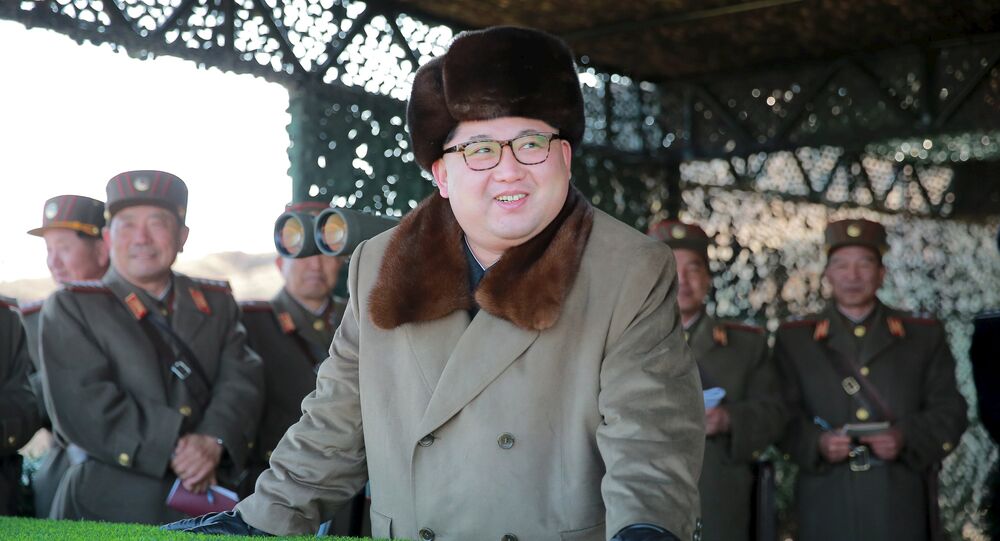 According to Kim Jong Un, the successful test will help boost the power of North Korea’s ballistic missiles.

South Korean President Park Geun-hye ordered to increase the troops' combat readiness against the backdrop of what Seoul refers to as provocative actions of North Korea.

Last week, Kim Jong Un instructed the country’s military to prepare for conducting new nuclear and missile tests to protect the country against the alleged threat from the United States, despite UN Security Council sanctions.

Pyongyang has conducted a range of missile tests in the past few weeks, amid new sanctions introduced against North Korea by the UN Security Council (UNSC).

The sanctions came in response to Pyongyang’s January hydrogen bomb test, as well as the launch, a month later, of a long-range rocket to allegedly place a satellite into orbit, in defiance of UNSC resolutions.

On March 2, the UNSC adopted a resolution which aimed to affect multiple sectors of North Korea's economy, make all cargo going to and from the country subject to inspection and limit or prohibit the nation's export of coal, iron, gold, titanium and rare natural minerals. The resolution also bans conventional arms sales as well as the delivery of aviation and rocket fuel to Pyongyang.