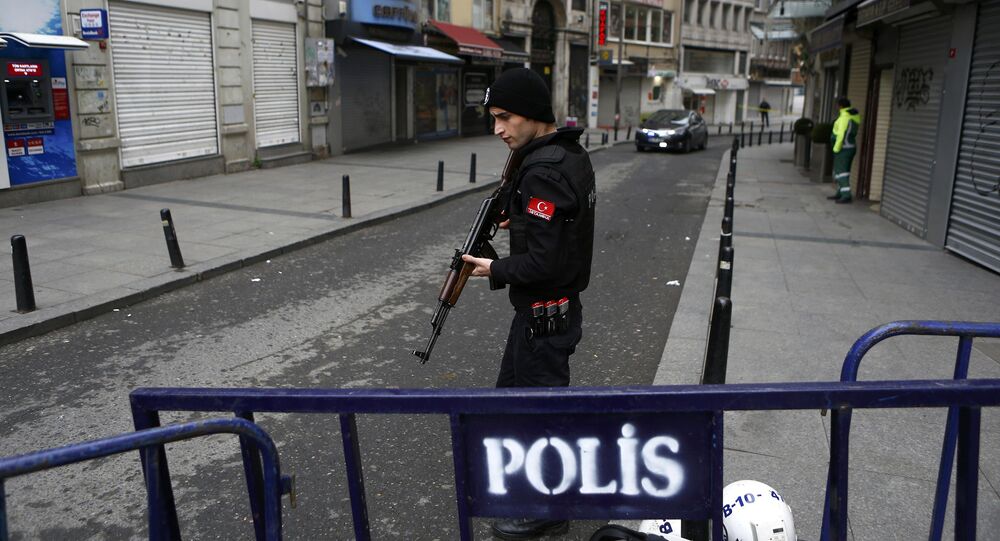 Six citizens of Israel, two Irishmen, one German, an Icelander, and one citizen of the United Arab Emirates were injured in a deadly terrorist attack in Istanbul, the Turkish Health Ministry said in a statement Saturday.

ANKARA (Sputnik) — Earlier in the day, a suicide bombing ripped through a major shopping street in Istanbul, killing 5 people including the perpetrator. At least 36 people were injured and sent to hospitals, seven of them are in critical condition.

"Six Israelis, two Irishmen, one German, one Icelander, one Iranian and one citizen of the United Arab Emirates, who fell victims of the terrorist attack, are currently at five hospitals," the statement said.

© REUTERS / Murad Sezer
One Suspect Detained As Part of Investigation Into Deadly Istanbul Bombing
According to the Russian Consulate General in Istanbul, there are no Russians among the victims.

One Suspect Detained As Part of Investigation Into Deadly Istanbul Bombing