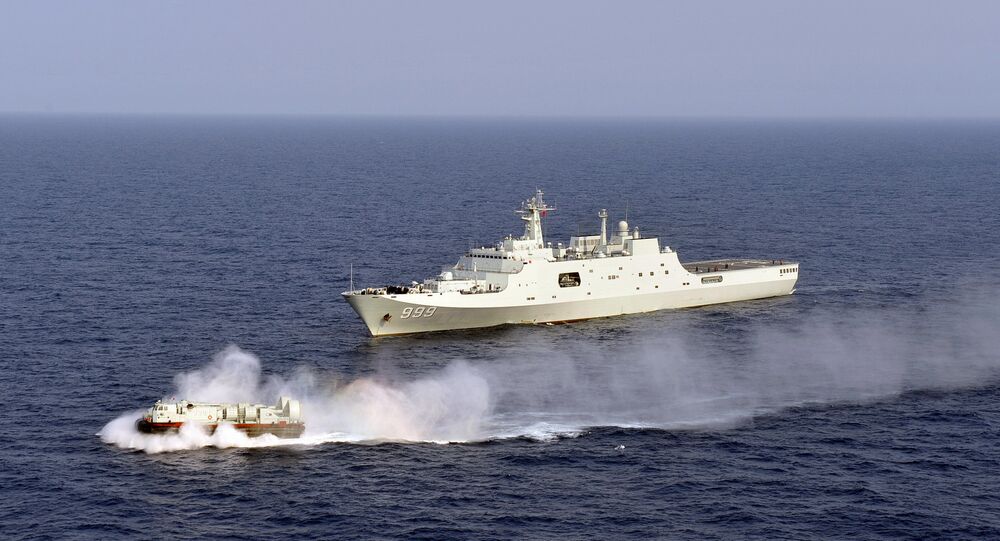 The US has seen Chinese activity around Scarborough Shoal and a top US naval officer expressed concern that China may be expanding its presence.

© REUTERS / U.S. Navy/Handout via Reuters
South China Sea: US Drifts Towards 'Unwanted War With China'
Situated in waters disputed between China, Taiwan, and the Philippines, Scarborough Shoal is now being seen by US government officials as the next potential site for increased Chinese activity in the South China Sea.

“Richardson said he didn’t know if Chinese activity at the shoal had anything to do with the pending decision at the Permanent Court of Arbitration in The Hague in Philippines v. China, a case filed by Manila that has asked the international court to rule on China’s excessive maritime claims in the South China Sea,” The Diplomat reported.

Lu Kang, a spokesman for China's Ministry of Foreign Affairs, said it was hypocritical for the United States to criticize China for militarizing the region when it carries out its own naval patrols there.

“This is really laughable and preposterous,” he said.

The Philippine foreign ministry said it had yet to receive a report about Chinese activity in Scarborough Shoal.

Richardson said the United States would welcome the participation of other countries in joint patrols in the South China Sea, but those decisions needed to be made by the countries in question.

Earlier reports demonstrated that the US intends to deploy B-1 heavy bombers in Australia, further fueling tensions over disputed territories in the South China Sea.

Will This Trigger World War III? US Army Stockpiles Munitions Near China

US Waging 'Geopolitical Warfare' Against China, Russia in Bolivia – Morales