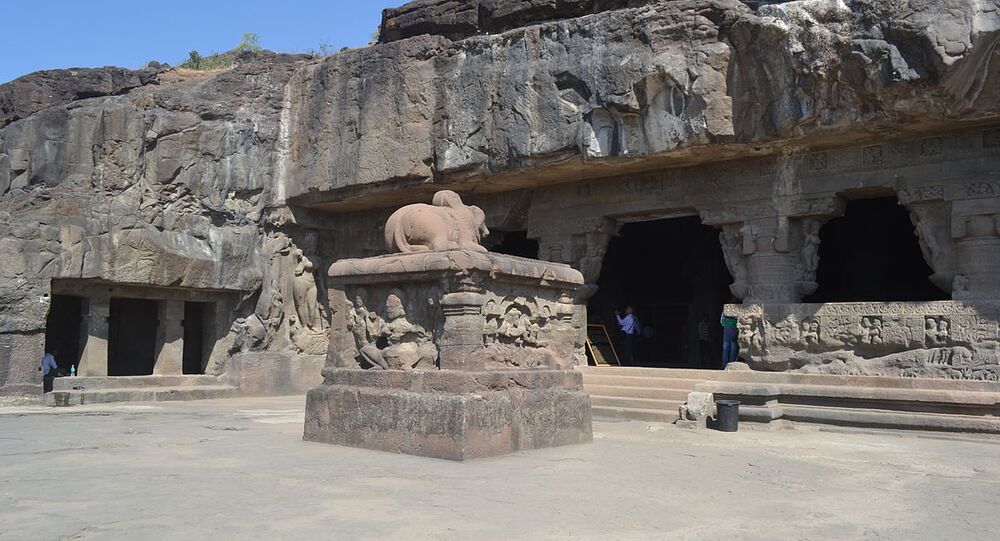 Archeologists have found that hemp played a key role in preserving paintings in India's Ellora caves, a UNESCO World Heritage Site that dates back to the sixth century.

The Ellora cave complex is a series of 34 Hindu, Buddhist and Jain caves which date back to the sixth century AD. They include temples and monasteries as well as residential dwellings, which were carved out of solid rock and decorated using plaster.

"The use of hemp helped the caves and most of the paintings remain intact at the 6th century Unesco World Heritage site," reported the archaeologists, who published the results of their investigation in the journal Current Science.

"Hemp samples were collected from areas in Jalna district near Aurangabad and also from the outskirts of Delhi. These specimens were matched with the samples found in cave number 12 of Ellora."

"In the sample collected from the Ellora cave, we found a 10 percent share of cannabis sativa in the mix of mud or clay plaster. This is the reason why no insect activity is found at Ellora," they wrote.

© Photo : Wikipedia
Panoramic view of Ajanta Caves from the nearby hill
The experts compared their results with the nearby Ajanta caves, which are comprised of approximately 30 Buddhist structures that were carved out of rock in the 2nd century BC. Cannabis sativa was not used in the plaster there, and insect activity has damaged at least 25 percent of the cave paintings.

"Studies conducted in Europe suggested that buildings constructed with the use of cannabis sativa could last for 600 to 800 years. Ellora has proved that only 10 percent of cannabis mixed with clay or lime in the plaster could last for over 1,500 years," Manager Rajdeo Singh, one of the authors of the study, told Times of India.

Although in use since ancient times in India, the plant was banned due to international pressure in 1985, when the government passed the Narcotic Drugs and Psychotropic Substances Act. The legislation allows the consumption of bhang, which is used in food and drink in parts of the country, but bans cannabis resin, named "charas," and flowers, named "ganja."