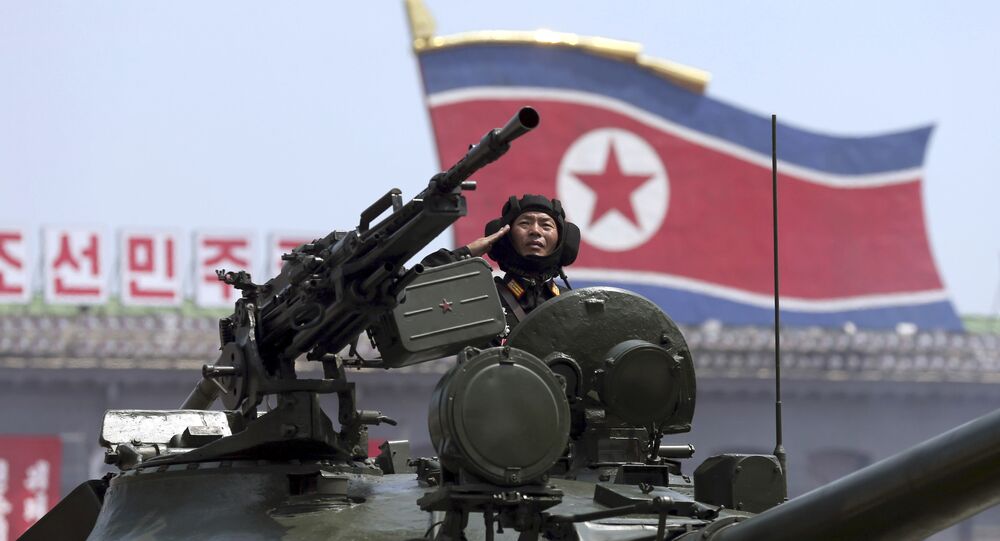 The North Korean military said Saturday it was ready for a pre-emptive attack against the South Korean and US troops involved in the ongoing military drill in case they try to invade the North.

MOSCOW (Sputnik) – Military drills organized by Seoul and Washington and believed to be the two nations' largest ever joint exercises kicked off in South Korea on Monday. The drills include the massive Ssangyong landing drill.

"From now on, our units deployed in eastern, central and western parts of the frontline are ready for a pre-emptive retaliatory strike against the enemy groups involved in the SSangyong drill," the General Staff of the North's Korean People's Army (KPA) said in a statement.

© REUTERS / KCNA
War Games: ‘South Korea Made a Big Mistake by Disengaging From Pyongyang’
According to the KPA, the ongoing SSangyong drill is the high point of a plan of North Korea's "enemies" to overthrow the political system in the country through unexpected troops landing and "Pyongyang seizure."

The US-S.Korea exercises come as the United States expressed great concern over North Korea’s recent threats it would ready its nuclear weapons.

In recent months, Pyongyang has conducted a series of long-range rocket tests, and a nuclear weapons test in early January.